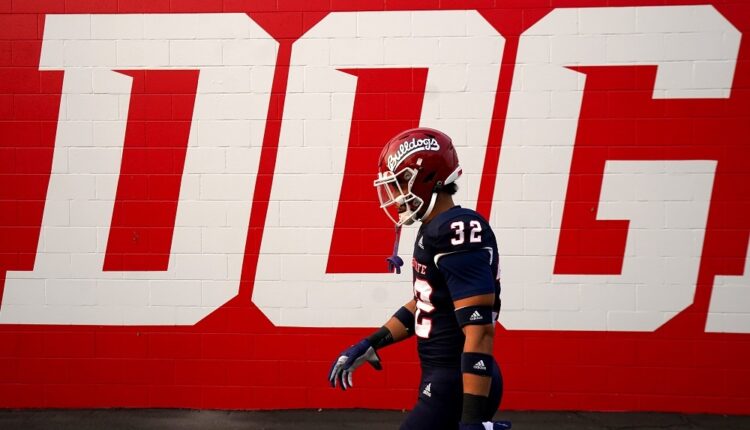 The Bulldogs safety is the next player on our annual countdown of the Mountain West’s best.

A defender who can do it all.

Most college football teams have that one defensive player who always seems to be in the right place at the right time, and for the Fresno State Bulldogs that player is safety Evan Williams, who makes his first appearance on our preseason list of the Mountain West Conference’s top performers.

Williams first flashed his potential with five starts in 12 games during the 2019 season and four in six contests during the shortened 2020 campaign, but then he really put all of his tools on display in a breakout 2021. He led the Bulldogs with 92 tackles and chipped in with 4.5 tackles for loss, but he also broke up six passes, forced one fumble, and nabbed three interceptions, which enabled him to post the second-best overall PFF grade, 79.6, of any qualifying safety in the Mountain West.

It’s little surprise, then, that the Campbell, California native landed a spot on last year’s first-team all-conference defense and then appeared again on the conference media’s all-Mountain West defense last month. One way or another, Williams will make a big impact in Fresno State’s renewed push to the top of the pack this fall.

Fresno State had some dudes in D last year. S Evan Williams might have been my favorite. No fear when he fills pic.twitter.com/QH6dz1TFy7

Great concentration by Fresno State safety Evan Williams to secure the pick and give the Bulldogs the ball back!

Williams, a junior, has been a steady playmaker for Fresno State over the past three seasons.pic.twitter.com/2Rp7IFa3uO

Big Pharma Went All In to Kill Drug Pricing Negotiations