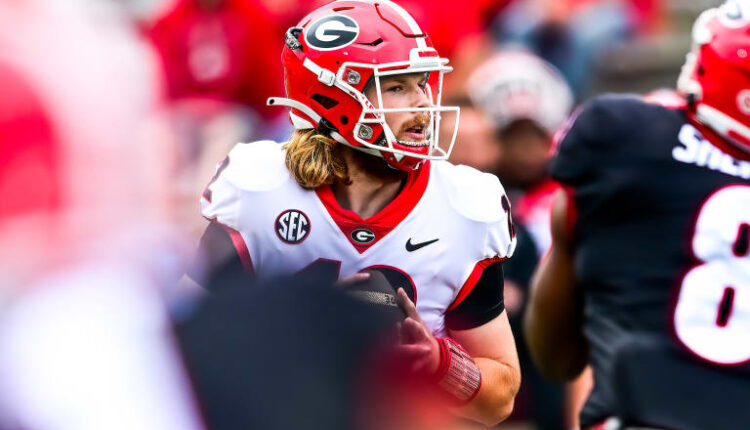 With Stetson Bennett No. 1 and Carson Beck seemingly etched as the top backup, whatever opportunities either of the two youngsters have to play will likely be in mop=up duty.

Their contributions will most likely come in the form of scout team work while preparing themselves for the day they are the ones taking charge under center to lead the Bulldog offense.

During Thursday’s press conference, offensive coordinator Todd Monken was asked about the pair and what he thought about their respective development.

“They are tremendous players. Brock obviously has been here longer, but his playmaking ability is tremendous,” Monken said. “He has a chance, just like Gunner does, to be a tremendous player. I really do (think that).”

As a true freshman, Vandagriff saw action in Georgia’s win over UAB and played in two offensive series later in the year against Charleston Southern.

An early enrollee, Stockton was able to get his feet wet in spring practice and during G-Day completed one pass for nine yards.

“They’re different in the way they go about it, as well as their personalities, which is normal,” Monken said. “You’re never going to have the same player. You can have three kids, and they have different personalities, all of them. You love them all. This one may be a little quiet and this one is a little more outgoing, but both of them are going to be tremendous players.”

Monken also spoke to the notion that somehow Vandagriff and Stockton may not be further along than they are.