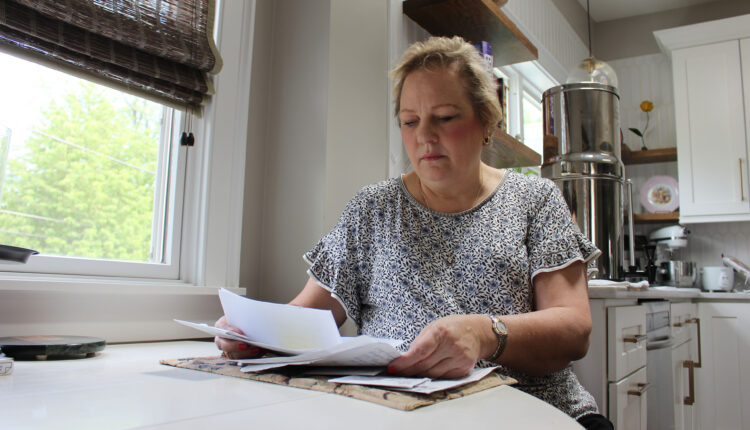 Peggy Dula is as surprised as she is relieved. The 55-year-old resident of St. Charles, Illinois, had been fighting a $2,700 ambulance bill for nearly a year. Now, the amount she owes from her September 2021 car wreck appears to be zero.

This summer, KHN, NPR, and CBS News spotlighted Dula in the Bill of the Month series. The initial $3,600 charge for Dula’s ambulance ride was significantly higher than the charges received by her two siblings, who were riding in her car at the time and were transported to the same hospital. The siblings rode in separate ambulances, each from a different nearby fire protection district. All three were billed different amounts for the same services. Dula’s injuries were the least serious, but her bill was the most expensive.

Even after Dula’s insurer paid $900, her bill from Pingree Grove and Countryside Fire Protection District was still roughly twice what each of her siblings had been charged.

Dula’s attempts to resolve the bill were unsuccessful.

Paramedic Billing Services, the company that handles billing for Pingree Grove, said she’d have to dispute charges directly with the fire protection district. But Dula said she couldn’t get a fire district representative on the phone. Then, in June, she received a letter from collections agency Wakefield & Associates seeking payment for her ambulance bill.

Dula remained resolute about not paying until the price was lowered to be more in line with what her siblings had been charged. But the collections agency was equally firm. And that’s where the bill stood for months, in a stalemate.

Last week, Dula called the hospital where she was transported after the crash. She had recently received a bill from the hospital saying she owed nearly $1,500, but when she called she was told her balance was zero. The surprise resolution of her hospital bill prompted her to call Wakefield & Associates to check on her ambulance bill. She said she was told the bill had been pulled back from collections and her balance was zero.

The apparent resolution came approximately a month after “CBS Mornings” covered Dula’s Bill of the Month saga. Wakefield & Associates confirmed to KHN that the bill had been pulled back and that her balance with the agency is zero. Pingree Grove Fire Chief Kieran Stout did not return multiple requests for comment.

A Family Death During the Holidays Prompts Questions and Reflection

For Patients With Sickle Cell Disease, Fertility Care Is About Reproductive Justice