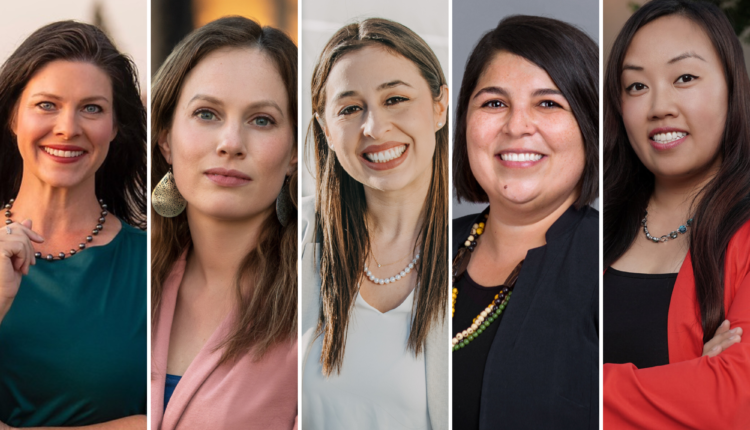 A majority-women Sacramento City Council will lead the city for the second time in its history starting Tuesday, when newly-elected members start their terms.

While the city has grown since 1992, when it last had a majority-female council, two experts on women in Sacramento politics said threats against female candidates and elected officials seem to have escalated.

Lisa Kaplan, Caity Maple and Karina Talamantes will join Katie Valenzuela and Mai Vang on the nine-member council Tuesday. Last month a man allegedly threatened the lives of three of them, as well as former Council member Angelique Ashby, according to a city statement. The alleged death threat came after months of sexist harassment, as first reported by the Sacramento Bee.

Christine Hunter wrote the book We Can Do This! Sacramento’s Trailblazing Women and the Community They Shaped. She worked on local women’s campaigns and said there wasn’t such violence-threatening behavior in the 70s, 80s or 90s.

“I don’t know if this level of hatred and misogyny or craziness is facilitated by the mere fact of social media,” Hunter said. “But I think it’s quite frightening.”

Citing the pending court case against the man who allegedly harassed her since June, Talamantes said she couldn’t comment specifically. But Talamantes said it was a scary experience that happened to female candidates and elected officials because of many factors. Society lacks protections for people who run for office, Talamantes said, adding she thinks the federal government should hold online platforms like Facebook, Instagram and Twitter accountable.

In April before the primary election, Talamantes participated in an online candidate forum over Zoom where users showed pornography and sent sexist and racist messages.

“You kind of become numb to it, to be honest,” Talamantes said. “That Zoom bomb was terrible and it was awful, but also I’ve had a lot worse. I could probably [rank incidents on] a scale of what’s been disturbing, sexist, misogynist, rude, disrespectful up to, like, scary, I am scared for my life.”

Looking back, Fargo said she wasn’t sure the threats she received were as horrific. Fargo said at one time her staff received a picture of a man and were told to call the police if they ever saw him enter City Hall. The building didn’t have metal detectors back then, Fargo said.

“Local elected people are in much closer contact than anybody at the state or national level with their constituents, so it can be scary,” Fargo said. “But overall, I felt pretty good. I was still going to places by myself and doing the things I felt I needed to do to represent the city.”

When she served on Sacramento’s first majority-women council, Fargo said she doesn’t think she realized how special it was. Fargo now leads the Capital Women’s Campaign, which tries to bring more women into politics in the Sacramento area. She added she is excited for the new majority and hopes it lasts longer than three years.

Hunter, who wrote the book on the history of Sacramento’s female political leaders, said it’s about time the city had a majority-women council again. After Talamantes, Kaplan and Maple swear in, a total of 21 women will have served on the Sacramento City Council since 1849.

“I think that in my book, it was easy to conclude that women have more of a caring touch in terms of the way they behave on the City Council,” Hunter said. “They’re more interested in basic services [and] things like child care. Their basic constituent relationships are very thorough and I think that will be repeated in this period.”

Talamantes was born in 1989, when Sacramento elected a majority-female council for the first time. She said it’s unacceptable that it’s taken 33 years to reach the milestone again.

“It’s going to be our job to continue lifting up other women and making sure that we’re represented across all levels,” Talamantes said.

Newly-elected members take the oath of office Tuesday during the council’s 5 pm meeting.