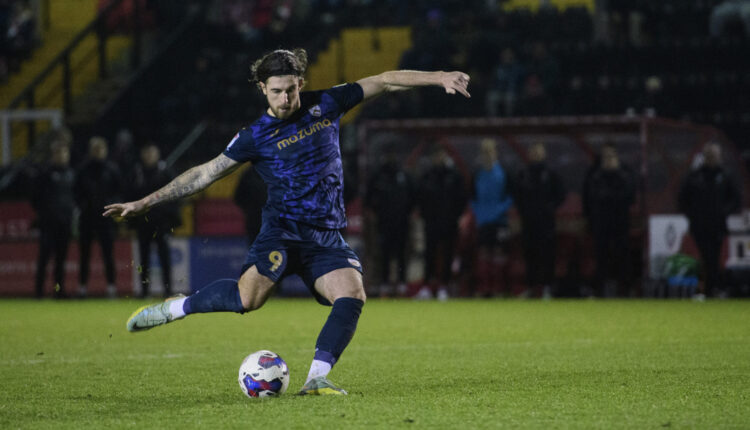 Preston North End have been linked with Cole Stockton but the Morecambe striker surely won’t be heading to Deepdale in January.

It feels like Josh Windass is linked with PNE every six months but he will probably finish his career without ever playing for North End now.

Cole Stockton has been heading that way too with the Morecambe striker regularly linked with a move to Deepdale.

The most recent link came in September as The Sun’s Alan Nixon claimed that PNE had scouted Stockton in action for Morecambe.

On the one hand, we can understand North End at least having a look.

Stockton had smashed 41 goals in 99 games across the two season before this campaign.

Add in that the 28-year-old is familiar to both manager Ryan Lowe and chief scout James Wallace having played together at Tranmere Rovers and you can see why PNE at least kept tabs on him.

Yet with January now just around the corner, you can see that a move to North End just isn’t going to happen.

Stockton has only scored one league goal in 16 appearances this season and a Championship move seems to have passed him by.

Nixon now claims that the battle for Stockton’s signature is now coming down to Forest Green Rovers against Motherwell.

A League One side battling against relegation and a ninth-placed team in Scotland – not to be disrespectful, but PNE should and probably will be looking for a step-up from that kind of quality.

Stockton has proven himself in League Two and League One but the Championship just feels like a step too far.

Stockton is likely to land himself a move away from Morecambe but we can’t see him arriving at Deepdale in January.

Have something to tell us about this article?

Olly is an experienced football journalist. He spends his time tweeting about football, NFL, video games, FPL, and wrestling.