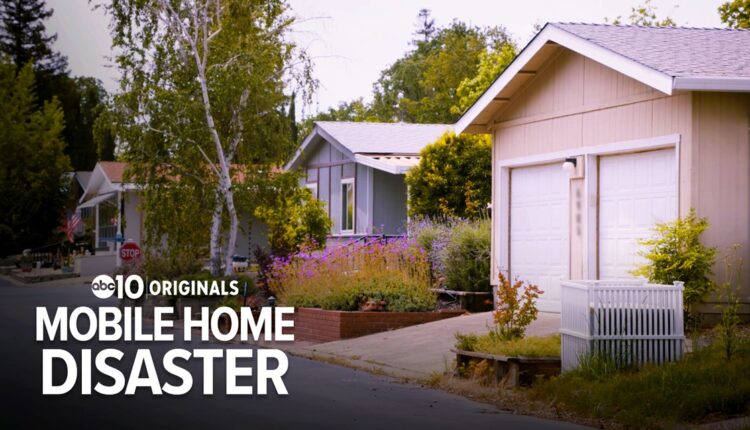 SACRAMENTO, Calif. — A Sacramento County woman has been in limbo for the past two and a half years while waiting for her custom mobile home to be finished.

Stephanie Moses reached out to us for help and was frustrated that she still has to pay about $1,000 every month for the space even though she hasn’t been able to move in. She says she’s running out of money and has been getting the runaround.

The neighborhood in Citrus Heights was supposed to be a new beginning for Moses.

“My husband passed away,” Moses said. “I wanted to move out of the home I was in that we share together because it brought such grief by remembering him so I made the trek to find me a home to live in, to a new society and I was looking for a senior gated area so I found this one.”

Moses fell in love with the community, the roads, and the homes at Lakeview Village Mobile Home Park in Citrus Heights.

Unlike other locations she visited, it was allowed her to bring her beloved long-bed diesel truck.

Moses started searching for a home at the end of 2019.

She found an available lot with an existing home to purchase at Lakeview Village Mobile Home Park. However, she said the home was in such disrepair she needed to buy a new home to be placed on the lot.

After researching several companies, she chose Statewide. The company is based in Grass Valley and sells manufactured homes.

“I drove out there and I sat down and thought what a great guy at first and he showed me all these books of their homes and gave me a great impression of the build and the prices of the homes,” Moses said.

The process to get the home built had some setbacks.

First, they had to remove the old home from the lot and the process took several months.

“When the house was delivered, I noticed that even the foundation was too long or the house was too short that was a real big red flag indicating something’s not right here,” Moses said. “The second red flag was when I was asking for the permit to build this new foundation. I kept asking, where is the permit? And no one could find the permit.”

Even though the home was delivered in July 2020, Moses was not allowed to live in it since it still had to pass inspections.

Instead, she paid about $1,000 a month to lease the lot from the mobile home park, which included utilities and the insurance, on top of her mortgage for her home in Sacramento.

There were issues with paperwork, inspections, and payments.

One of the issues from the beginning was permits.

According to Statewide, permits usually can be issued over the counter through California’s Department of Housing and Community Development (HCD).

During the height of the pandemic back in May 2020, Statewide said HCD wasn’t open to the public.

What would usually take a day now took several weeks.

Statewide said it informed all of its customers about the delays and sent us the emails they sent to Moses.

Emails Statewide provided to ABC10 stated it would take HCD weeks to respond back to any questions. They told us HCD rarely replied back to their emails and their phone calls were not answered. Statewide said they finally got a hold of someone after finding their personal email.

There were many setbacks with delays in the project. One of the main problems was a retaining wall. It needed to be rebuilt to fit the new home.

Additionally, HCD didn’t approve some parts of the project to move forward. HCD needed additional information like a flood certification and some engineering plans redesigned.

Moses tried to reach out to HCD, elected officials, and other state departments to get some help and she says she kept getting the runaround.

ABC10 started reaching out to get some answers.

We kept getting sent back and forth from HCD to the Contractors State License Board and still couldn’t get a clear answer on who could help give us a better understanding of delays.

We reached out to HCD and went back and forth via email regarding Moses’ case. HCD said if there are construction defects it is the responsibility of the applicant to correct them and request a reinspection. In response to Statewide’s claims of delays in communication on this project — they said they couldn’t respond without specific facts and that their team endeavors to provide the best customer service on a daily basis.

I also reached out to Assemblyman Ken Cooley’s office who has been trying to help Moses resolve this problem but they told me they cannot comment on this matter. They said it’s not their policy to talk about casework to the press.

“I would like very much for Housing Community Development, HCD, to be held accountable for their position as representatives for mobile homes, homeless, and seniors,” Moses said. “They’re the ones that govern this, and they’re the ones that are not doing their job.”

It’s been two and a half years since Moses signed a contract with Statewide, and Moses said she has spent close to $39,000 in unexpected costs and she still has not moved in.

“I’m a senior,” Moses said. “I live on Social Security and my husband’s pension just really little so it takes everything. It takes everything I pay. The place that I live in now and I paid for this one plus insurance. That’s what brings it up to a thousand, little bit over $1,000.”

As of this week, Statewide told us the home is ready for Moses but she is requesting a walk-through before signing the documents. The delays and unexpected costs on Moses’ home Statewide said they’ve also lost money on this project. They went on to say they paid out of pocket for some of the construction revisions and some months of rent for Moses.