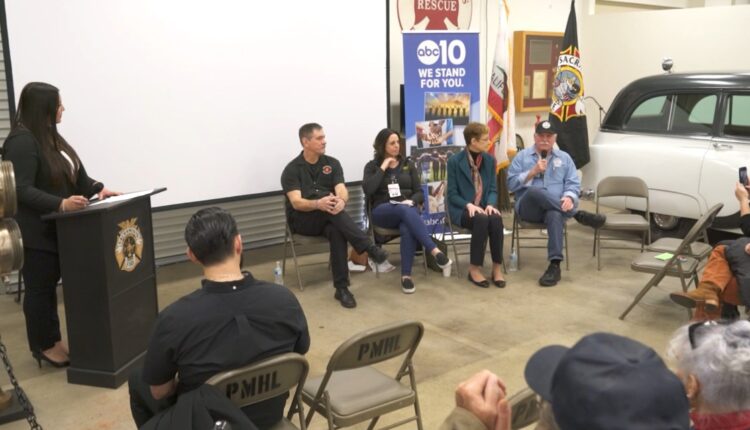 The film chronicles the day 50 years ago when a plane crashed through an ice cream parlor killing over 20 people.

SACRAMENTO, Calif. — 50 years ago tragedy struck in Sacramento when a plane crashed through an ice cream parlor and killed 22 people.

ABC10’s To The Point team sat down with four first responders who were there that day, each with a different experience but one shared mission. Their stories have gone untold until now.

The interviews resulted in a film that was screened Saturday at the Sacramento Regional Fire Museum. The screening, which started at noon, attracted a crowd of nearly 100 people.

A panel directly following the screening included officials from the UC Davis Burn Center and two of the men featured in the documentary.

“This was a tragic event that happened. The worst air to land incident, a disaster in the nation’s history is that at that time and I think what we’re trying to show is the difference that you can make from a tragedy and one person had the vision that we needed a burn unit in Sacramento,” said Joe Pick, Executive Director of Firefighters’ Burn Institute. “This is a beautiful place to tell the history of Sacramento fire service.”

It all happened on Sept. 24, 1972, during an aviation show at Sacramento Executive Airport. An F-86 jet attempted to take off from runway 30 at the airport, but the aircraft never made it into the air.

Now Pick and members of the Firefighters’ Burn Institute are preparing to host their 30th annual Boot Drive on Greenback Lane and Sunrise Boulevard in Citrus Heights Feb. 2-5.

“Meet the firefighters meet the nurses, the part of the team and come out,” said Pick. “We have a safety fair on Saturday for kids with helicopter landings and auto explications and safety tip booths.”

Tune into ABC10 at 6:30 pm each weekday to watch To the Point with Alex Bell.

Watch more of To The Point with Alex Bell: Private flood insurance is gaining ground as flood zone forecasts become available | To The Point

Stockton competes at Ramapo Opener at the Armory