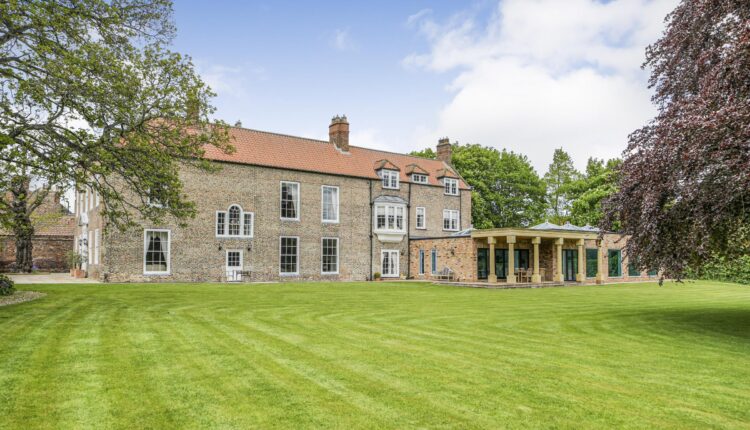 DID you see the fabulous Admirals House on the front of last week’s D&S Times property section that is for sale for £2.95m?

Seven bedrooms, a large indoor swimming pool with a jacuzzi, sauna and gym, plus 1.1 acres of grounds featuring specimen trees including what may be the only locust tree – a native of South America – in the north of England.

It is in Norton-on-Tees, near Stockton, and, best of all, the admiral whose retirement home it was rejoiced in the name of Policarpus Taylor.

He, too, has an entry in the Oxford Dictionary of National Biography. Although it says “details of his family life are scanned”, it tells of his naval career, of how he was promoted to be captain of the Fowley frigate at Jamaica in May 1743, aged 37.

In 1748, he was captain of the British flagship, HMS Cornwall, that led a squadron of warships into battle against the Spanish off the coast of Havana, during the War of Jenkins’ Ear.

HMS Cornwall in the centre, with the red flag, in action off Havana in 1748. Captain Policarpus Taylor was on board along with Rear Admiral Charles Knowles

The British didn’t lose the battle, but they didn’t capture the Spanish treasure ships they were after, and their commander, Admiral Sir Charles Knowles, was reprimanded for not pressing home his advantage and routing the enemy.

READ MORE: Admiral’s House: Chance to own a piece of history

Furthermore, Taylor’s connection to him may have held back his sailing career, which ended in 1757 and he retired with the rank of rear-admiral in 1762.

Somewhere along the way and for some unknown reason, he bought a large property in Norton. Although the Admirals House is said to have been built in 1762, Taylor must have been connected to the area before then as his son, also called Policarpus, was baptized in Norton church on July 20, 1753.

The admiral remained in landlocked Norton until his death in 1781, and he is buried in the church beneath a memorial which says that his “naval conduct had reflected in a variety of public services honor upon his country… Death is swallowed up in victory”.

It appears that he, and his son, are named in honor of St Polycarpus who was bishop of Smyrna in Turkey until AD155 when the Romans sentenced him to be burnt at the stake for refusing to pay homage only to God and not to the emperor.

St Polycarpus, after whom we presume Admiral Policarpus Taylor was named

However, just as Polycarpus had once saved Smyrna from being engulfed by flames, he miraculously managed to prevent himself from being consumed by the pyre at his feet.

So the Romans speared him through the heart.