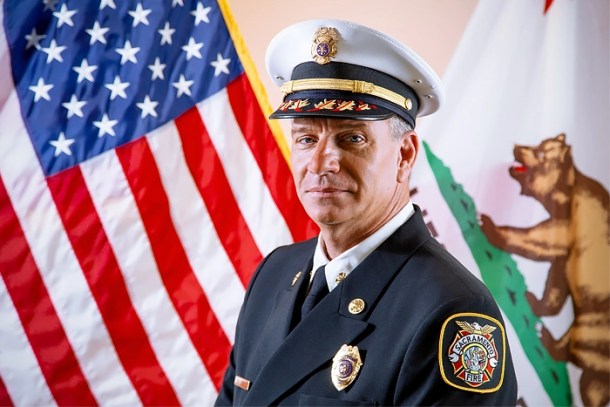 When Sacramento Fire Chief Gary Loesch refused to resign last week, he said he was fired and promptly escorted off city premises.

“Obviously, there’s going to be major litigation,” Loesch told several media organizations, adding that he was ordered to immediately give up his company car, phone and badge after more than 36 years as a firefighter.

Loesch’s 3½-year tenure was marked by controversy and allegations of racist hazing and behavior that drove several Black firefighters to leave the department.

The Greater Sacramento NAACP branch pulled no punches. In a statement Friday, the branch declared it “applauds the decision to terminate. … For years, the Sacramento NAACP has received complaints about the racist, sexist and discriminatory climate and culture of our Sacramento Fire Department.”

In 2021 Black firefighters Desmond Lewis and Waris Gildersleeve left the department, citing racist hazing and racial discrimination. Lewis was forced to resign, while Gildersleeve stayed on as a fire inspector.

The local NAACP branch stated it “voted unanimously to ask for the termination of Chief Loesch,” and began working to get Lewis reinstated. “During this process, it was imperative that we negotiate policy changes within the department to assure that this would not happen to another African American or person of color again.

“The process took almost a year due to the tactics used to discourage Mr. Lewis from returning,” stated Greater Sacramento NAACP President Betty Williams. “For positive, equitable change to happen, it is important to confront a system’s toxic culture; therefore, you must start at the top of the organization. In this case, the chief of the fire department.”

“It is the hope of the oldest civil rights organization in the nation that this be the beginning of a more transparent, inclusive, and diverse fire department,” Williams said. “These ‘good ol’ boys’ networks must stop and the NAACP continues its mission to stop them.”

Gatwick passengers given ‘no help’ after flight cancellations