Gatwick passengers given ‘no help’ after flight cancellations 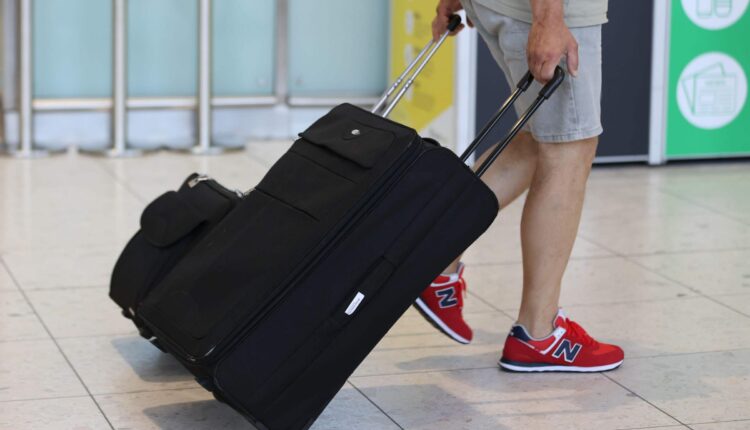 Passengers at Gatwick Airport were left frustrated when dozens of flights were canceled on Monday.

Departures to Tel Aviv in Israel, Krakow in Poland, Malaga in Spain, and Sicily in Italy were among those affected as the aviation sector continues to be hit by staff shortages.

The late cancellation of the Wizz Air flight to Sicily sparked anger, with security staff stepping in after one man became agitated and started shouting at staff.

Rosie, 28, who did not give her surname, was booked on the flight with her husband and their two children, aged two and 18 months, to visit her husband’s relatives on the Italian island.

The family, from Bognor Regis, West Sussex, were at the departure gate when they were informed the flight had been cancelled.

“We then came to the gate, we all got ushered into the gate group to be told the flight was cancelled.”

She went on: “There has been no communication, we’re only getting told now by Wizz Air that our flight’s been cancelled, and it was already meant to be up in the air.”

The couple previously booked trips to Sicily with other airlines, including easyJet, but those flights were also cancelled.

Kevin Wood, 51, from Hampshire, was due to travel on the Wizz Air flight with his wife, Emma.

Mr Wood said there had been “no help at all” from the airline.

“We were hoping, since the holiday weekend was finished, that things perhaps have calmed down a bit, but clearly not,” he said.

The couple were given a number to call for further support, which they said “didn’t seem to work”.

Wizz Air said in a statement: “We are so sorry that too many of our passengers are being subjected to current delays and, in some cases, cancellations.

“Across the travel industry Wizz Air and every airline is doing as much as we all can to help as many passengers as possible reach their destinations in time and with minimal delay.

“However, amongst other issues causing operational instability throughout the travel industry, there is a widespread shortage of staff, in particular within air traffic control, ground operations and baggage handling, security and across airports.

“Wizz Air has increased direct communications with all our customers through text, email and phone calls to ensure – as much as possible – that they are best informed of any changes in our services.”

The airline said affected passengers are being offered “a range of options” including alternative flights with Wizz Air, a full refund or 120% in credit to use on a future Wizz Air booking.

Under UK consumer law, if an airline cancels a flight it must offer to rebook passengers on a route that will get them to their final destination as close to their planned arrival time as possible, even if that is with a different carrier.