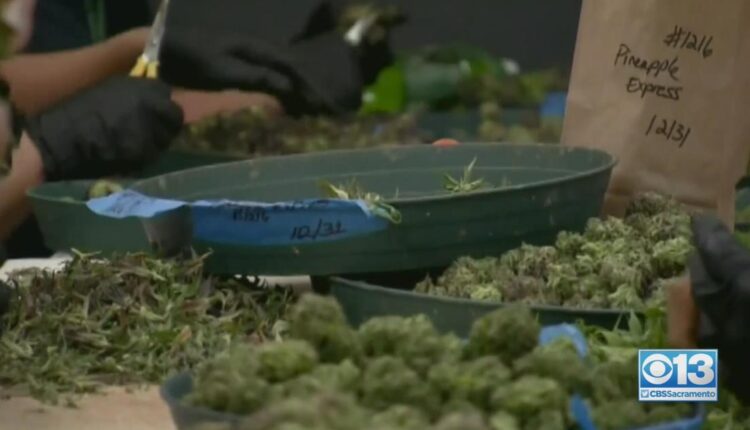 SACRAMENTO — Sacramento-area marijuana businesses are increasing security after a growing number of crimes. Now, the city is offering to help them pay for some high-tech protection.

A package of pot is just one example of the high-value items stored inside Sacramento marijuana businesses.

“With distributors, you can have hundreds of thousands of cannabis that they can just take,” said Mathew Pasquel, manager of Alpaca Club. “It’s super scary.”

And it’s a growing crime. CBS13 filed a public record request seeking a copy of each security breach report filed last year in Sacramento. The city sent back more than 100 pages of documents detailing crimes against cannabis businesses.

“There’s definitely a wave of this that we’re seeing sweep across the Sacramento Valley area,” said David Selinger, CEO of Deep Sentinel Security.

“It’s unfortunate. We’re all trying to avoid it,” Pasquel said.

So what new efforts are underway to destroy cannabis crooks?

“It’s cameras that call the police when they see a crime, and we do that using a combination of artificial intelligence and live guards,” Selinger said.

This surveillance video shows the “deep sentinel” security system scaring away suspects before they are able to break in.

“If someone is approaching the front door with a crowbar and starting to bang on it, even before a traditional alarm would even identify anything, we are yelling at them, turning on the siren, turning on the alarm and dispatching police,” Selinger said .

“It’s nice to have that security watching for us,” Pasquel said.

The City of Sacramento is now offering rebates to pot shops of up to $4,000 to purchase this type of upgraded security system.

“Being able to have those rebates allows us to be able to afford to protect ourselves,” Pasquel said.

“Before, we were an easy target because we weren’t ready and people caught us off guard,” Pasquel said. “Now, we’re ready for you.”

The money for the security enhancement grants comes from the state department of cannabis control.