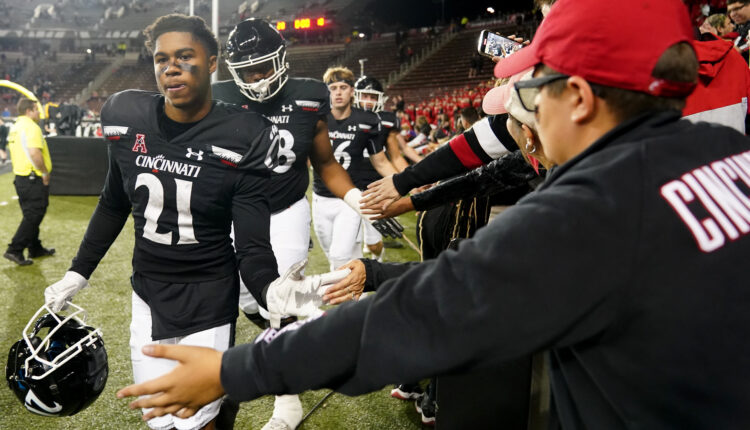 Wake up with VSiN Daily Morning Bets, a quick 15-minute podcast posted at 6:30 am ET highlighting the top games and biggest line moves of the day. For a comprehensive breakdown of Friday’s betting action, be sure to catch the VSiN Market Insights Podcast. It will be posted by 3 pm ET.

In the meantime, let’s examine where smart money is leaning for tonight’s college football action…

East Carolina (6-3) has won three straight games and just upset BYU 27-24, winning outright as 3-point road dogs. On the flip side, Cincinnati (7-2) is coming off a 20-10 win over Navy but failed to cover as 18.5-point home favorites. This line opened with Cincinnati listed as a 6-point home favorite. The public is laying the points with the Bearcats at home. However, despite receiving 64% of bets, Cincinnati has fallen from -6 to -5. Some shops are even touching -4.5. This signals sharp reverse line movement on East Carolina, with pros grabbing the points with the road dog. East Carolina also holds a rest advantage as they are coming off a bye while Cincinnati played last week. Pros have also hit the under, dropping the total from 53.5 to 52. The forecast calls for low 50s with 10-15 MPH winds. Both teams are 5-4 to the under this season.

Fresno State (5-4) started the season 1-4 but has since won four straight games. Fresno State just crushed Hawaii 55-13, easily covering as 27.5-point home favorites. Meanwhile, UNLV (4-5) has gone in the opposite direction, starting the season 4-1 but has since lost four straight. This line opened with Fresno State listed as an 8.5-point road favorite. We’ve seen Fresno State move from -8.5 to -9.5, signaling respected action in their favor. Fresno State is receiving 75% of bets and 90% of money, indicating both “Pro and Joe” support. We could be looking at a shootout in this one. The totally opened at 57 and has been steamed up to 60.5. The over is receiving only 32% of bets but 52% of money, evidence of sharp contrarian bet discrepancy. This game will be played at Allegiant Stadium in Las Vegas, home of the Raiders. The over is 4-1 in Fresno State’s last five games.