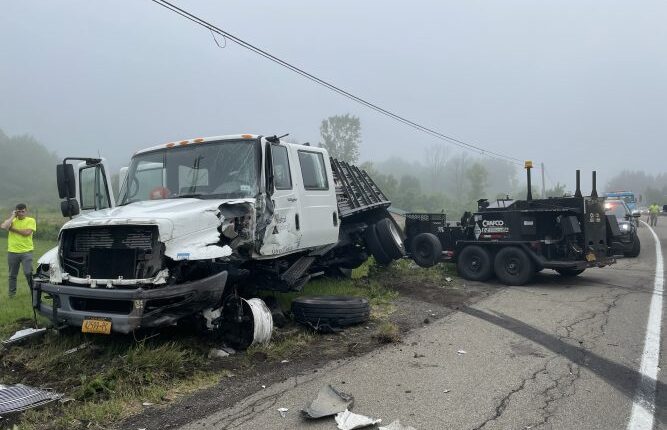 There were no serious injuries reported in a crash involving a sports utility vehicle and a heavy duty duel rear truck this morning on Rt. 60, Stockton. The accident was between Moon and Luce roads in the town of Stockton and occurred around 7:15 am Rt. 60 was shut down to one lane as crews cleaned up glass on the southbound lane. A sheriff deputy at the scene said a report would be sent out later today, however he added there were no deaths or significant injuries to report. The Sinclairville Fire Department was at the crash.

Cubs look to stop skid in game against the Padres