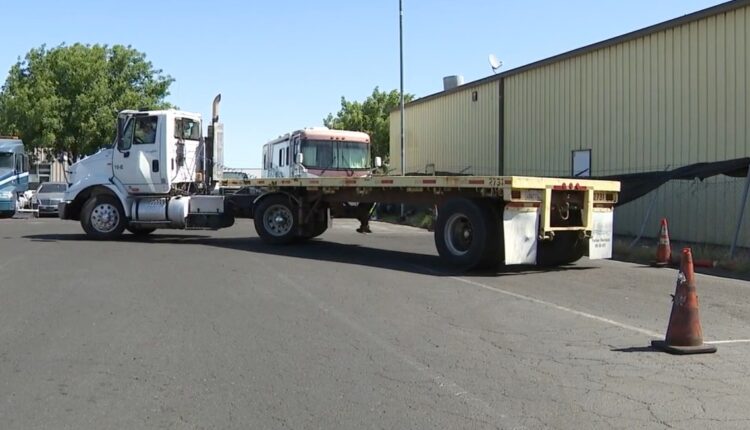 Diesel fuel costs continue to soar, and one trucking company said the fuel they do have is being hit by thieves.

Ali Khalil of Easy Truck Rental in Sacramento said, if times weren’t tough enough, he now has thieves eyeing the diesel fuel in his trucks — the very fuel he said is now costing him double at the pump.

The state’s average is almost $7, according to AAA.

“What they do is put a 5 or 10-gallon tank at the bottom and they literally poke a hole at the curb where they get the most fuel out,” Khalil said.

Khalil said ever since diesel prices spiked his fuel has become a hot ticket item for thieves, but less fuel is the least of Khalil’s worries. Each time they strike, a new tank is needed, costing him anywhere between a few hundred to a few thousand dollars.

“Sometimes we feel like it would be better off for that guy to come and say, ‘Hey, I’m gonna steal your fuel.’ And we would rather give him the money,” Khalil said.

“Primarily from agricultural properties. I think we have been experiencing about 200-500 gallons of fuel tank at a time,” Lt. Juan Ceja said.

What makes catching the thieves challenging is the number of trucks in the lot. The bent gate and the closed-up holes show how thieves have maneuvered their way in over the months.

Khalil said he’s now paying for overnight security to protect his lot, lighting his property at night, and lining his fence with items to deter crooks from coming in.

We were only surviving for the driver, and unfortunately we had to let the drivers go because we weren’t making any money in it.