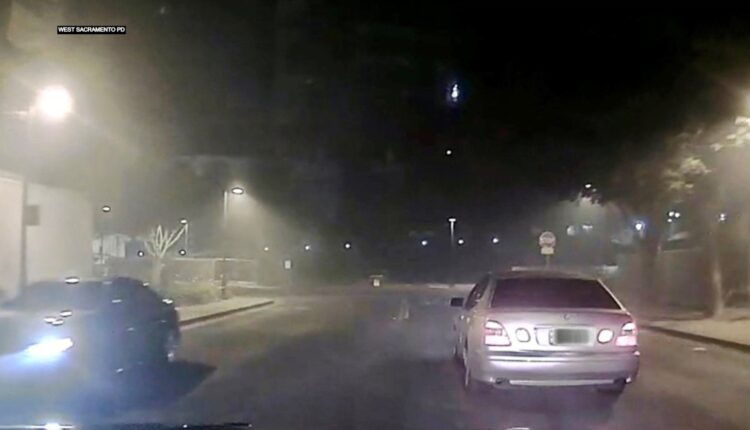 WEST SACRAMENTO (CBS13) – A driver has been arrested after allegedly participating in an illegal sideshow in West Sacramento, then leading officers on a dangerous chase while trying to get away.

West Sacramento police said in a post on Wednesday that an officer was out patrolling the area near 3rd and F streets when they noticed smoke. The officer soon learned that the smoke was coming from a sideshow going on in a nearby parking lot.

The officer tried to pull over one vehicle as it left the area, but the driver kept on going – sparking a chase that stretched into Sacramento.

READ MORE: 1 Dead After Car Drifts Off Road, Overturns Into Water Near Stockton

Eventually, police say the vehicle was disabled and the people who were inside surrendered.

Officers have since arrested the driver on charges of felony evading and driving into oncoming traffic while evading.

The suspect’s vehicle has also been impounded, police say.