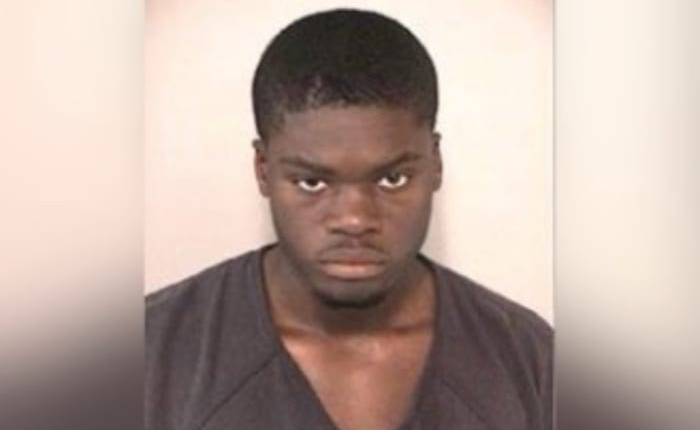 The incident happened on Tuesday, March 22, on a trail in a Fresno neighborhood.

Deputies said the 48-year-old victim was attacked while walking on the trail located in the 4000 block of the West Teal Run Estates subdivision.

According to deputies, the woman was near a retention pond when a man tackled her to the ground and sexually assaulted her.

After the assault, the woman said the man ran off in an unknown direction.

Authorities said after releasing a sketch of the suspect, they were able to identify him as 19-year-old Maleek Jamal Tristan. Deputies said Tristan was employed at a location nearby where the assault took place.

On May 28, deputies said Tristan turned himself in for open warrants for evading bond forfeiture and criminal trespass

Despite trying to change his appearance by shaving his head, deputies said the victim was able to identify the suspect.

Investigators said they interviewed Tristan, who admitted to sexually assaulting the victim. He was arrested and charged with sexual assault on May 31.

“This case is a prime example of why we will never stop working on behalf of victims,” ​​said Sheriff Fagan. “I am grateful for the diligence of dedicated detectives who ultimately identified the suspect.”

“This was a brazen incident that took away the safety and feelings of the people in the neighborhood,” Fagan said in the news conference.