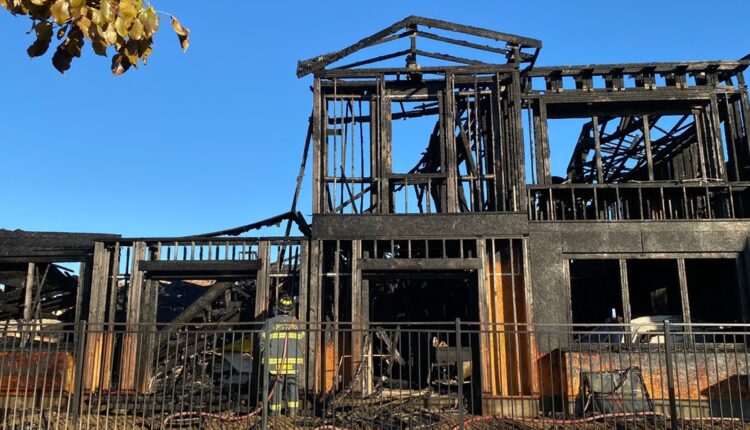 Residents in the surrounding area were evacuated, but have since been allowed back into their homes.

SACRAMENTO, Calif. — Crews responded to a fire at a construction site for new homes in the Natomas area of ​​Sacramento on Wednesday morning.

The fire was located near 5301 East Commerce Way and about 8 units under construction were affected by the fire, according to the Sacramento Fire Department.

Some of the windows of buildings across the street from the fire were melted due to the heat from the flames. Residents in the surrounding area were evacuated, but have since been allowed back into their homes.

“It was horrific. I sat down at around 12:15-12:20 am, you know, just to eat something and I heard all this noise and I thought it was raining and when I looked out the window it was actually embers hitting Then I just saw this bright orange and I realized ‘okay something’s on fire here.’ I’m thinking first, fireworks? Then I just ran out to see and all you could see was bright orange — it just lit up the sky,” said Zabrina Lockett, a resident in the area.

STAY INFORMED WITH ABC10:
► ABC10 In Your Inbox: Sign up now for the Daily Blend Newsletter for local headlines, weather, tips and even something to make you smile.

She said at one point there were about seven fire trucks in the area.

“I ran across and banged on the door for my neighbor and firefighters at that point told us we have to evacuate — they just pushed us back. I was scared, I was like oh my gosh I can not believe — we have video, this structure I mean, it was hot. You could feel it on the side of the building it was so hot. I’ve just never been that close to a fire that large that quick. We were just outside talking around 11:15 – 11 :30 pm and it was quiet so I’m not sure what happened, but whatever happened, it happened quick,” Lockett said.

Watch: Zabrina Lockett describes the moments she saw the embers

Another resident in the area, Frank Sabia said his car mirror melted while he was leaving the area.

Watch: Frank Sabia describes trying to leave the area as the flames grew

Crews are working on cleaning up the area early Wednesday morning. No injuries have been reported and the fire is under investigation.

Incident info: 5301 E Commerce way approximately 8 units under construction were involved with heavy fire conditions on arrival of first units. This went to 3 alarms. No injuries under investigation