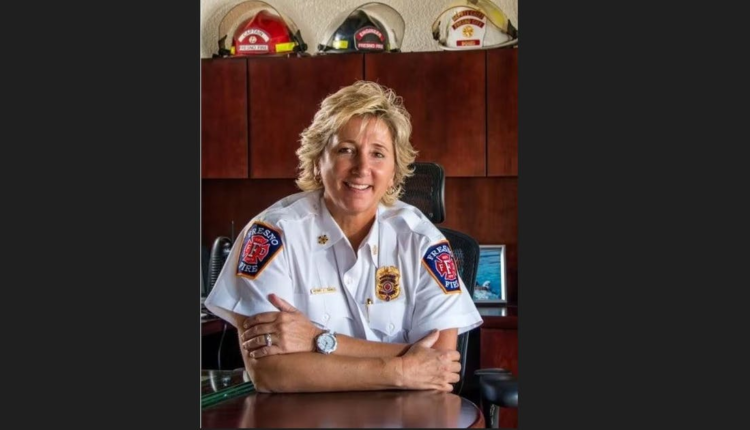 Unlike new department directors who gave budget presentations earlier that day for the first time, Donis told the City Council: “This will be my last budget as I intend on retiring in March 2023.”

She thanked the City Council and Mayor Jerry Dyer for their support.

“I have been truly blessed for nine years to do this,” she said.

Donis was the city’s first female fire chief and is one of few women leading a city department. Donis manages nearly 350 employees and a department budget of over $75 million. She often referred to Fresno Fire Department as “the busiest fire department in the United States.”

Most fire chiefs manage a department for three to five years, Donis said, adding that her tenure is nearly unheard of. Donis has worked as a firefighter for 27 years, she said.

The Fresno City Council thanked her for her leadership.

Councilmember Esmeralda Soria thanked Donis for “breaking ceilings for women in our (fire) department” and called Donis a “trailblazer.”

“I think that you, in your time, you’ve motivated more women to enter the fire service,” Soria said.

Council member Tyler Maxwell also praised Donis for her professionalism. He said it was clear she was well-liked by her department and citywide by the way people talked about her in passing conversations.

“I know you worked really well with your crew, your firefighters, your administrative staff,” he said. “In conversations I’ve had on the side, they’ve spoken extremely highly of you. And for the folks in the community, I know that you have served as a role model for many people in this city.”

The councilmembers also commended the fire chief for the way she navigated the city’s politics and still managed to effectively advocate for her department.

Donis, in her time as fire chief, worked to restore staffing numbers after the Great Recession cuts and add badly-needed new fire department facilities. She also spoke out about firefighter safety after Fresno Fire Capt. Pete Dern was severely injured while battling a house fire in 2015.

Donis also worked to boost the number of women working as firefighters. In 2019, she started the Girls Empowerment Camp, a day-long camp that gives teen girls hands-on firefighting experience. The camp has since expanded and is already providing a pathway for Fresno women who hope to be a firefighter. The fire department is slowly but surely adding women to its ranks as a result of the camp.

Last year, Donis, along with Soria, also raised the Pride flag at City Hall for the first time in history. As a proud member of the LGBTQ+ community, she said the flag-raising gave her hope.