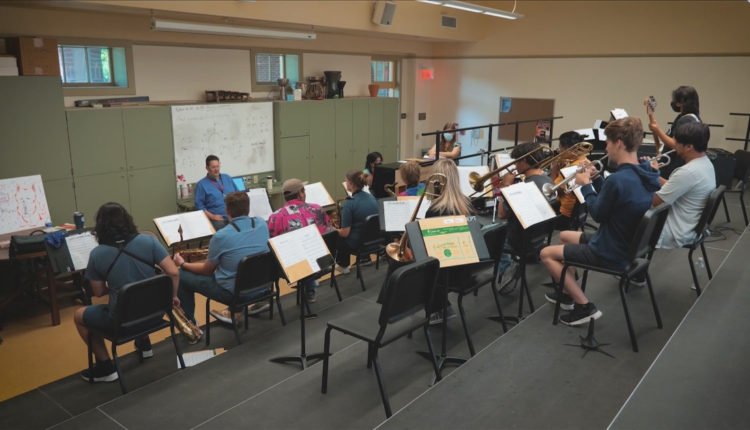 Fresno, Calif. (KSEE) – High school students interested in the arts are getting the opportunity to learn from some of the best this summer and it’s all free.

The arts are on center stage at Fresno City College as the Office of the Fresno County Superintendent of Schools Summer Arts Academy is in full swing.

High school students from across the county are participating in this four week art program at no cost, giving them the opportunity to grow their skills or learn something new.

“It was a little scary because I was nervous that everybody else is going to be so much better than I was but there’s actually a lot of people who are just as nervous as I am, so that was really comforting,” said Haley Romo, a student at Clovis East High School.

It is also the caliber of instruction students learning rock band is being taught by Dr. Kevin Cooper, a Grammy nominated musician.

As one instructor put it, the faculty at FCC is on display.

“I think the high school students are seeing what a great program we have here and that’s what this is all about,” said Elisha Wells, director of bands and orchestra.

Students are also able to get four units of college credit for their coursework. Trace Hartman, who has been working on his skills in jazz band, says it’s a great deal.

“I think it’s pretty awesome to be here not even having to pay any money you get free college credit. I think I’m learning a lot, it’s stretching me a little bit,” said Trace Hartman, a student at Minarets High School.

The public will get the opportunity to see the student’s work, and what they’ve created at their showcase on July 9th.

To attend the showcase, you must show proof of COVID-19 vaccination or a negative test.