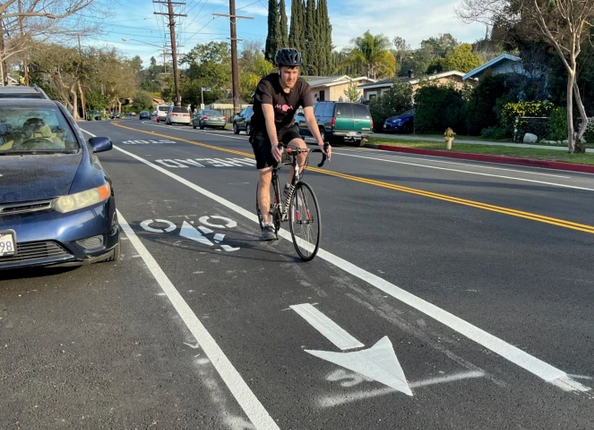 Governor Newsom and the California Legislature on Sunday announced an agreement on next year’s state budget. Newsom signed the budget bill, SB 154, Monday afternoon, meeting the June 30 deadline. The final budget agreement is contained in a series of bills, SB 154, plus “junior budget bills” SB/AB 178 and 180 and “a substantial trailer bill package” which will further refine details.

The agreement includes releasing the much-debated (behind closed doors) $4.2 billion in bond funds for the high-speed rail program that last year’s budget negotiations let drop. This move is contained in a budget trailer bill, SB 198.

The funds are accompanied by “legislative direction to prioritize construction of a Merced-Bakersfield segment” as a first-phase completed segment, which is in line with the California High Speed ​​Rail Authority’s plan. In addition, the trailer bill would establish an independent Office of Inspector General to provide project oversight. This is a variation on several recent attempts by lawmakers to create some kind of authority over the California High Speed ​​Rail Authority. Those bills – to bring CAHSRA under the authority of the Legislative Analysts Office, for example, or under a legislative oversight committee – died before they got anywhere.

Given the back-and-forth on high-speed rail in the past few years, in which Governor Newsom requested the legislature to release the voter-approved bond funds and Assembly Speaker Anthony Rendon refused to do so, this seemingly sudden agreement – sudden because people involved in the negotiations have been tight-lipped about them – is a little anti-climactic.

Note that while the budget has an end-of-June deadline, these “trailer bills” can still be worked on, discussed, and amended until the end of August.

Meanwhile, the Active Transportation Program, which expected to have a budget of about $650 million to program for Cycle 6, encompassing the next four years, also expected to receive a lot more requests than it could fund.

The budget agreement released last night adds $1.05 billion in new funding for Cycle 6, a substantial increase that will help fund many more projects than past rounds.

This is key, because over time the number of ATP applications that score well but don’t get funding has been steadily increasing. This is why the California Transportation Commission requested an extra $2 billion from the state budget surplus, even though the same request last year fell on deaf ears. Newsom did propose to add $500 million to the ATP last year, but even that ultimately got dropped when negotiations over high-speed rail funding failed.

This year things are looking better. The ATP application deadline has passed, and more will be known soon about how many of the projects from Cycle 5 that did not get funding have reapplied. There has been some discussion about whether to revisit the Cycle 5 list if extra funding came through, but after last year’s shenanigans it would not have been wise to count those chickens too soon. More information on this soon.

The budget also includes various climate-related investments, including clean energy, zero emission vehicles, and adaptation projects. In addition, as there was in last year’s budget, there is a long list of local priority projects – some would call them “earmarks” – at the end of SB 178.

For the most part of these are specific projects categorized into groupings such as Parks and Open Space (example: $3,800,000 to the Rivers and Mountains Conservancy for the walking trail along the San Gabriel River to the Pacific Ocean); Education (example: $3,000,000 for the New Downey Family YMCA); public safety and fire prevention; Water, Drought, and Infrastructure; Libraries and Cultural Institutions; Transportation; Housing, Homelessness Prevention, and Food Access; Health and Human Services; and Veterans.

Included below are the local priority projects listed under transportation.