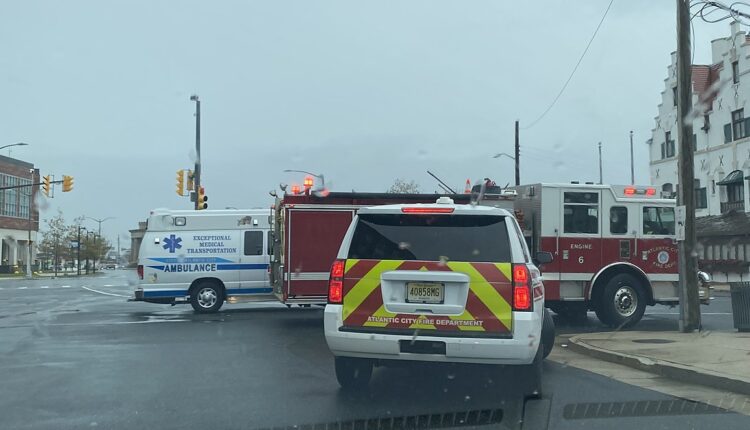 At this hour, 1:30 pm Friday, November 11, 2022, there is a convergence of fire trucks, police cars, and an ambulance, just off Albany Avenue in Atlantic City, New Jersey at The Stockton University Atlantic City Campus.

A senior Atlantic City public safety source confirmed the following facts exclusively to us as follows:

Two unrelated incidents are at the root of all of this first responder and public safety apparatus arriving at The Stockton University Atlantic City campus at the same time.

First, we can confirm that the presence of the Atlantic City professional firefighters and police department was due to a fire alarm at Stockton University’s Atlantic City campus.

There is no fire. An alarm was triggered in one of the dorms. The Atlantic City Fire Department is in the process of clearing the scene from this call.

The presence of the ambulance is due to an unrelated medical emergency.

We have no details about the medical emergency at this time and we’ll update this report as soon as we have more information.

We have spoken to Dr. Harvey Kesselman, President of Stockton University.

Kesselman has confirmed the following:

An eye witness, who we have interviewed, was on hand and observed the non-student, taken out of the building, on a stretcher and placed into the ambulance.

The ambulance then made its way down Pacific Avenue directly in front of the fire truck.