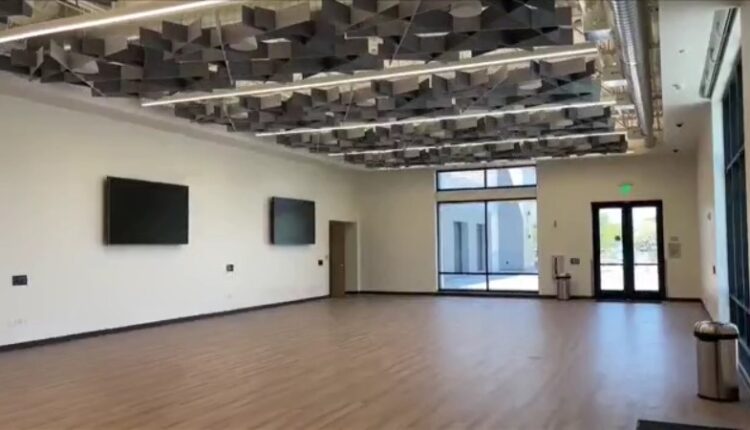 Fresno, Calif. (KSEE/KGPE) – A new Department of Social Services (DSS) building is up and running after the old building made national headlines after disturbing photos showed foster children sleeping on floors and desks.

The new building is located on Ashlan and Peach avenues in the old Costco building.

The photos sparked outrage from the staff and community, and while the County Chief Administrative Officer said state law, lack of staffing, and the pandemic led to the issues, the county promised better conditions when the department moved into the new building in Clovis.

While the move took longer than expected, it finally happened.

The building also has showers, a washer and dryer, and a kitchen which the old building did not.

Bugay said while the building isn’t meant to house children for longer than 24 hours, if children cannot be placed quickly, they will have cots, sleeping bags, and other necessities.

“Having a space that has resources so that kids are comfortable is really important and this space is so so much better for our youth and social workers so that piece of that is incredible,” said Bugay.

“This is a real significant structural improvement and I am appreciative of how engaged this board is,” said Bugay.

Over 500 employees have moved into the new building and the ribbon cutting will be later this week. The county is also working with the state in hopes of setting up a temporary shelter for those children that take longer to be placed into a home.