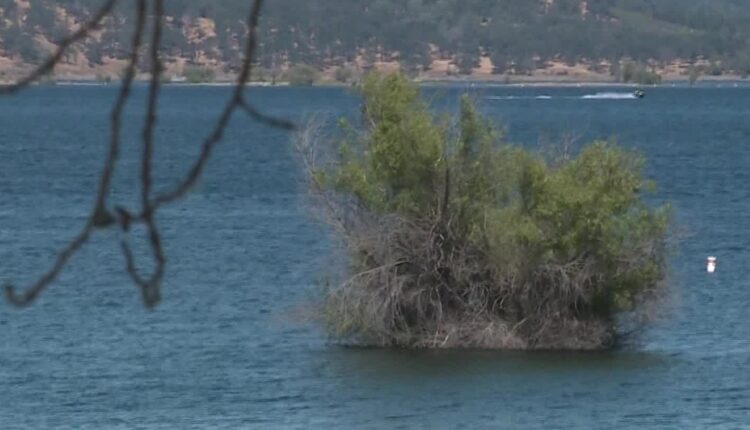 FOLSOM (CBS13) — Despite the drought, Folsom Lake is nearly full on Memorial Day.

The lake level is nearly 456 feet—which puts it at 88 percent of capacity.

This time last year, it was at just 46 percent capacity.

“It just looks beautiful, especially with skies like this and the temperature is down a little bit,” said Eureka resident Tom Gierek, who was out at the lake on Sunday.

At the end of summer last year, Folsom Lake’s levels were so low that the wreckage from a 1965 plane crash emerged.

“People had to walk a couple hundred yards before they found water to splash around in,” Gierek said.

Holiday revelers are now making sure to enjoy the resurgence of the lake.

Not all reservoirs across California are boasting similar levels, however. Shasta and Oroville are at 40 and 54 percent capacity, respectively, as of Memorial Day.

Fruit packer with Fresno office in hepatitis A recall