Fresno Cops Killed Man After Mistaking Water Nozzle for Gun. How Much Will City Pay? – GVWire 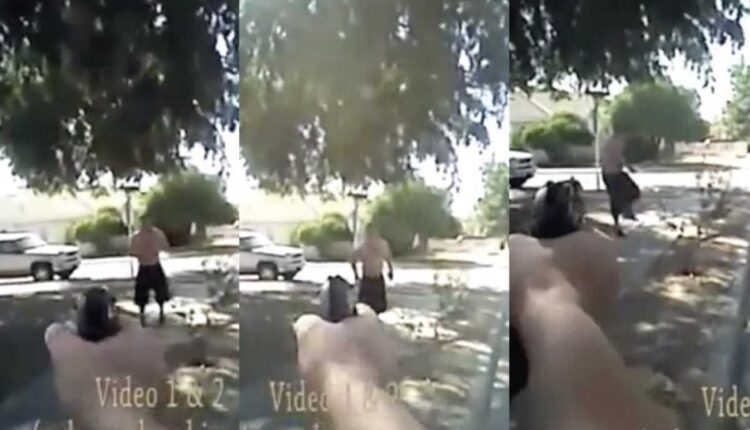 The city of Fresno will pay over a half-million dollars to settle a wrongful death case dating back to 2015, the attorney representing the family of the deceased tells GV Wire.

Fresno police shot and killed Freddy Centeno, 40, because they believed he had a weapon in his hand. It turned out to be a garden hose nozzle.

Reports at the time said Centeno was behaving erratically, knocking on doors claiming to be a law enforcement agent. Police shot Centeno to death after confronting him.

Fresno Police would not comment on the settlement, but an official said that the two officers involved in the shooting death are still working for the city.

The lawsuit, filed on behalf of Centeno’s daughter and parents, said police used excessive force on someone they should have known was mentally ill.

Guizar said a trial could have yielded more damages.

“It was a big risk to go and try to get more. The client was happy with the resolution of the case,” Guizar said.

The Fresno City Council discussed the case in closed session on June 16, but did not acknowledge any vote taken. The best Guizar could say is that the settlement is “pending approval.”

A June 7 court filing in Fresno County Superior Court said a conditional settlement was reached and the lawsuit would be dismissed by Sept. 30.

The city has not responded to a request for comment. A public records act request for the actual settlement document is pending.

City council insiders have told GV Wire that it is becoming common practice for the council to pre-approve a settlement amount and empower the city attorney to negotiate. If the settlement is accepted, the council can then ratify it without taking a formal vote, thus no action has to be reported publicly under open meeting laws. The actual settlement documents are a matter of public record, however.

Case moved from court to court

The case has gone from state court, where it was initially filed in 2016, to federal court and back.

The city moved the case to federal court, where it filed for a summary judgment — an immediate ruling based on the facts of the case.

Guizar explained that a summary judgment in the city’s favor was initially denied, but reversed on federal appeal, because of the police officers’ “qualified immunity.”

Qualified immunity is the legal concept that public officials are exempt from liability when performing duties reasonably, according to the Cornell Law School Legal Information Institute. The concept received more scrutiny following the 2020 death of George Floyd.

“(The court ruled) that the officers could not have known under the particular facts of the case that Mr. Centeno only had a water hose nozzle instead of a gun, that the officer reasonably believed that he had a gun. And so their use of force was reasonable,” Guizar said.

Guizar said the only legal avenue his clients had left was to question the tactics used by the officers.

“We litigated it for another two years in state court. We were ready for trial and we finally were able to reach a resolution with the city of Fresno for $600,000,” Guizar said.

Centeno’s parents were also initially listed as plaintiffs but were dismissed from the case when a judge dropped an excessive force claim.