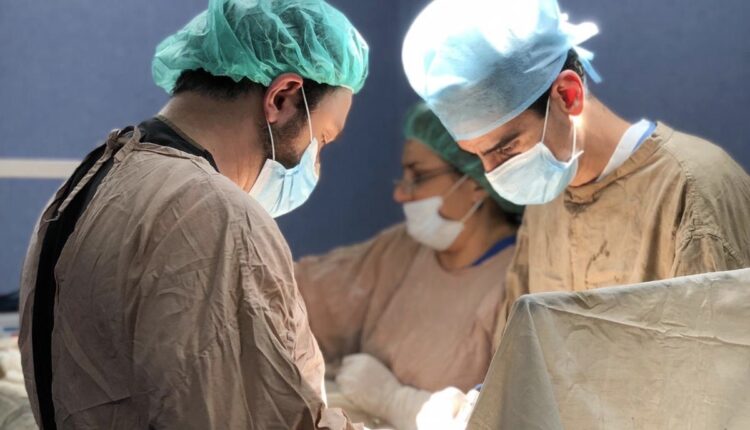 FRESNO, CALIF. (KSEE) – It’s a tiny country with Azerbaijan to the east, Turkey to the west and Georgia and Iran to the north and south. Much of its three million people struggled in poverty, with affordable medical care in short supply. But this week, for the seventh year, a team of Fresno doctors will go to Armenia to help.

“It’s a blessing to be honest with you,” says Berj Apkarian, Fresno’s Honorary Consul to the Republic of Armenia.

Apkarian will lead a team of thirty medical professionals to provide free care to Armenian people in need. Surgeons, dentists, pediatricians, and physiotherapists will be among them.

Donations from the Central Valley and a large gift from Community Health Systems will help fund this trip. The mission doctors will serve Armenia’s rural communities and treat soldiers injured in the recent war between Armenia and Azerbaijan.

Fresno City Council member Mike Karbassi also wants to join the team. He will meet with representatives with the University of Yerevan in Armenia’s capital city to forge a relationship so Armenian medical students can come to the valley to train.

“It’s not just taking care of people. Education, expansion of relationship and bringing it on an international level,” Apkarian says.

This year’s mission will go international, as two young women from Africa will fly into Armenia for complicated bladder reconstruction surgery. dr Paul Merguerian, a pediatric urologist from Seattle Children’s Hospital, will lead those operations, changing the lives of these young women.

“One of them has never been operated on, so her bladder is still on the outside, and so their quality of life is very poor.”

dr Merguerian will also provide care to Armenian children, and train the doctors there. “I think to me it’s more of a humbling experience then anything else,” he says.

Other mission doctors will do the same, leaving the lasting impression that the Central Valley cares, is generous, and is there to help.

Donations to support the medical mission can be made through the non-profit Advance Armenian Foundation.