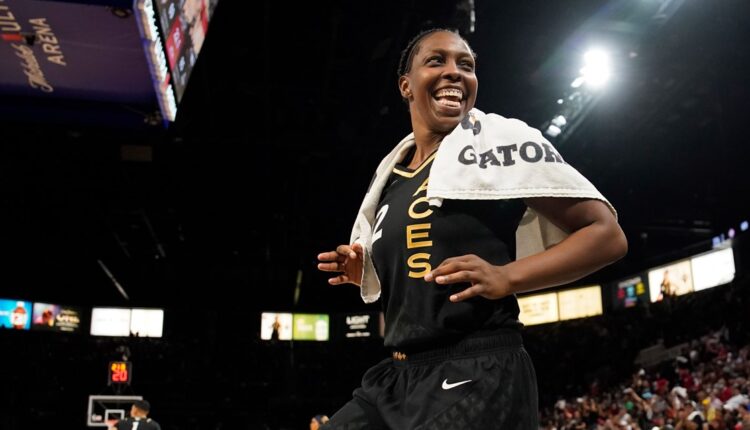 The St. Mary’s High 2010 graduate is fondly remembered at her school as an incredible athlete and person.

STOCKTON, Calif. — A day after Stockton’s own Chelsea Gray won a WNBA championship and was awarded the WNBA Finals MVP award in Connecticut, her hometown has been all smiles.

Gray and the Las Vegas Aces defeated the Connecticut Sun, 78-71 in Game 4 of the WNBA Finals Sunday night.

“I didn’t observe that closely back then, but she always had something special about her,” Moreno said.

That “something special” helped lead St. Mary’s High School to a pair of a state championships and to her school jersey being retired. For some, the thing that made her stand out was mental toughness and her ability to outwork others.

“She’s been that way forever since she’s been here, and she’s obviously proved it in the WNBA,” said Adam Lichter, St. Mary’s High School Athletic Director.

Jordan Lee is a St. Mary’s High School junior and one of the basketball team’s top players. She’s met Gray and has never forgotten a tip she “passed on.”

“She was like, ‘I am a tremendous passer,’ and you could see that come to fruition in the playoffs and how she kind of set up all of her teammates,” Lee said.

Besides the accolades on the court, those who know Gray say she is just as great a person off the court too.