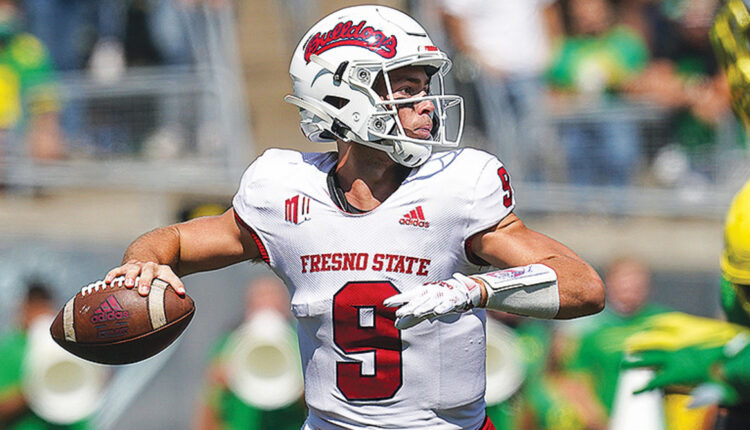 Jake Haener and the Bulldogs are ranked No. 35 in Athlon Sports’ Top 131 for the 2022 college football season

Jeff Tedford inherits a strong roster capable of winning the Mountain West and pushing for a spot as the top Group of 5 team in college football in his return to the sidelines in Fresno. A high-powered offense led by quarterback Jake Haener and receiver Jalen Cropper is the strength of this team, but there’s plenty of experience returning on a defense that limited teams to 20.5 points per contest. The Bulldogs have two marquee showdowns in non-conference play with matchups against USC (road) and Oregon State (home) on tap.

Jake Haener helms what should be one of the West Coast’s most explosive offenses, but not without some drama. The second-team All-Mountain West quarterback entered the transfer portal when head coach Kalen DeBoer left for Washington but changed his mind after Jeff Tedford returned to replace DeBoer.

Last season, Haener became the first Fresno State passer to surpass 4,000 yards since Derek Carr in 2013, completing 67.1 percent of his passes for 4,096 yards, 33 touchdowns and nine interceptions. A gutsy performance against UCLA brought Haener national attention and even fleeting mention as a Heisman candidate.

Jalen Cropper and Josh Kelly, Haener’s primary receivers, are back. Cropper caught 85 passes for 899 yards and 11 TDs, while Kelly had 52 catches for 778 yards and three TDs. Lining up in the slot will be Nikko Remigio, a midyear transfer who was productive at Cal. Each should thrive in Kirby Moore’s motion-heavy scheme, derived from the first-year coordinator’s Boise State roots.

Jordan Mims’ 236 all-purpose yards and three TDs in the New Mexico Bowl showed that he could handle a heavy workload at tailback. The big question is whether a relatively inexperienced offensive line is up to the task. 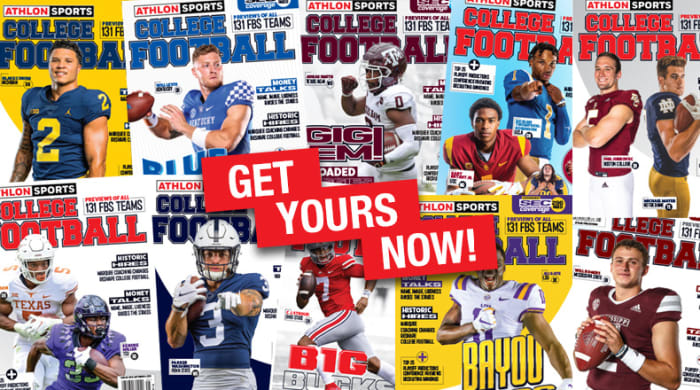 Williams, safety Elijah Gates and cornerbacks Bralyn Lux and Cale Sanders Jr., who played in 13 games as a true freshman, form a solid secondary. There is returning experience at linebacker, where Justin Houston will play a slight variation of his familiar hybrid position.

Besides Perales and Leonard Payne, there aren’t a lot of proven commodities up front. Fresno State will need immediate impacts from transfers such as Evan Bennett (Oregon State) and Joshua Pakola (Stanford).

Not since 2013 have the Bulldogs returned a punt for a TD, and the drought on kickoffs is even longer (2008). Those duties now fall to Remigio, whose 29.1-yard kickoff return average for Cal in 2021 ranked 11th in FBS. Kicker Abraham Montano appeared in four games and was perfect on field goals (5-of-5) and PATs (14-of-14).

Tedford’s second stint at his alma mater has to feel less daunting than the first. In 2017, Tedford took over a 1–11 squad and engineered an instant turnaround before stepping away for health reasons. This time, Fresno State is coming off a 10–3 campaign and features a proven offense that ranked first in the MW in yards and second in points per game. Anything less than a MW title game appearance will qualify as a disappointment.