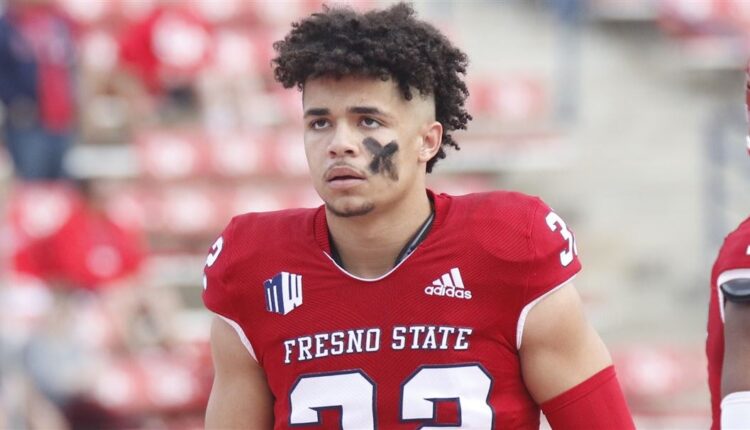 Fresno State fans spent the past 18 days since the LA Bowl wondering if star safety Evan Williams would return in 2023 for a super-senior year of eligibility or leave for the NFL Draft. On Wednesday, Williams opened door No. 3 – the NCAA Transfer Portal.

Sources confirmed to 247Sports Wednesday morning that Williams officially entered the portal. Williams has the ability to withdraw and return to Fresno State, move on to another school for one season, or still make an NFL draft entry. The NFL Draft deadline is Jan. 16.

Williams was one of two primary captains on Fresno State’s 2022 team, which made FBS college football history by becoming the first to go from 1-4 to 10-4. The turnaround revolved largely around Williams and the Bulldogs’ other captain, quarterback Jake Haener. Both were injured at USC as the Bulldogs fell to 1-2, and both returned against San Diego State when the ‘Dogs were 3-4. Williams and Haener helped lead the final seven victories in a nine-game winning streak to cap the season. The ‘Dogs secured both a Mountain West Championship and LA Bowl victory.

Despite missing four games plus the majority of the contest at USC, Williams finished with 66 tackles, four pass deflections and a sack. He finished third on the team in tackles, just one tackle behind the Bulldogs’ second-leading tackler. Williams was still named second-team All-Mountain West despite missing time this season.

In 2021, Williams had a team-leading 90 tackles and also led the Bulldogs with 3 interceptions. He added four pass deflections, two fumble recoveries and a forced fumble. He was named a first-team All-Mountain West defensive back.

In Fresno State’s shortened six-game season of 2020, Williams had 27 tackles and a forced fumble, earning All-Mountain West honorable mention. He first emerged as a true freshman in 2019 – playing in all 12 games and being called up to start for five. He had 40 tackles, which finished seventh on the team.

Evan Williams was not the first in his family to surpass expectations. His older brother, Bennett Williams, was a 3-Star recruit who accepted his only Power-5 offer from Illinois. He was named a Freshman All-American in his first season. Bennett was dismissed from the team a year later, but after a stop at the junior college level he signed with Oregon and became a starting defensive back for the Ducks. Bennett Williams completed his college eligibility in the 2022 season.

Fresno State is left with a significant hole at safety. Fellow starting safety LJ Early has exhausted his eligibility, as has Elijah Gates who started in 2021. The Bulldogs return Steven Comstock and Chrishawn Gordon, who both served in significant roles at times this season – Also returning with game experience are Kosi Agina and Julian Neal , along with Jayden Davis plus walk-on Ryan Wilson. Fresno State signed two safeties in the 2022 recruiting class – Fresno (Calif.) San Joaquin Memorial’s Brandon Ramirez and Inglewood (Calif.) 3-Star Justin Johnson. They rank as Fresno State’s No. 1 and no. 3 commits in the 2023 class, respectively.

Watch: Patient Sent to Collections for Surgery She Never Had