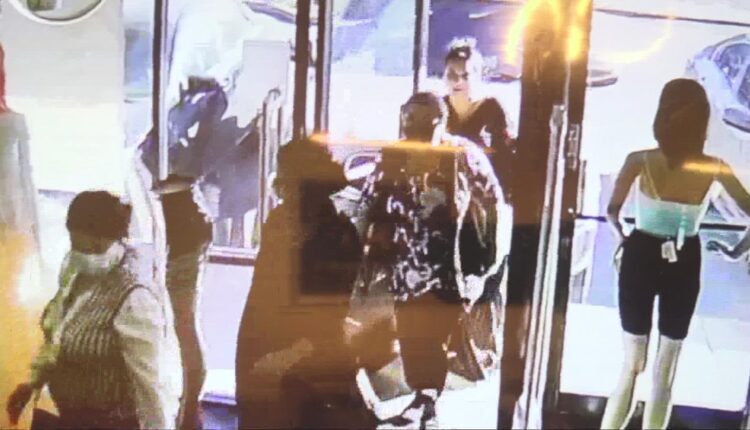 ARDEN ARCADE, Calif. — The owners of a Sacramento clothing and jewelry store are asking for the public’s help in identifying four women who stole nearly $100,000 worth of items in a brazen act caught on camera.

Co-owner Arif Shah says the group seemed like ordinary customers when they first came into the shop.

“I know there are a lot of nice people, but we don’t know, right? We don’t know who is who. If you’re in the jewelry business, just be extra careful,” said Amir Siddiqui, co- owner of the store.

Siddiqui says his brother, Shah, was working alone in the store when the group walked in. According to him, one woman distracted his brother while two kept watch and the fourth pretended to try on a dress in the fitting room. That’s where she was able to sneak to the locked room with expensive gold and diamond pieces.

“We have a very secure room. You know, not everybody is allowed but she sneaks into that room and breaks the lock, and takes all that stuff,” said Siddiqui.

He thinks the woman may have been able to break in with a screwdriver or other tools.

The store lost an estimated $90,000 worth of jewelry and merchandise just one month after opening up. Siddiqui says he is still making loan payments on some of the stolen items.

“We need to keep making payment, but that money is not making money for us. So that is, I think, the saddest part,” said Siddiqui.

He’s asking the four women to come forward and return the jewelry, promising not to press charges if everything is recovered.

“This is your last chance,” said Siddiqui. “We have your fingerprints. We have all your videos.”

In the meantime, Siddiqui plans to increase security measures at the store and is even offering a $2,000 cash reward to anyone who can help catch these women.

“You lose when you decide to lose… So we are not deciding to lose,” said Siddiqui. “We’re going to come back and then we’re going to work even harder.”

The Sacramento County Sheriff’s Office confirmed they are investigating the theft and are encouraging anyone with any information to give them a call.