Hurricane Hunters breakdown how they collect data during storms 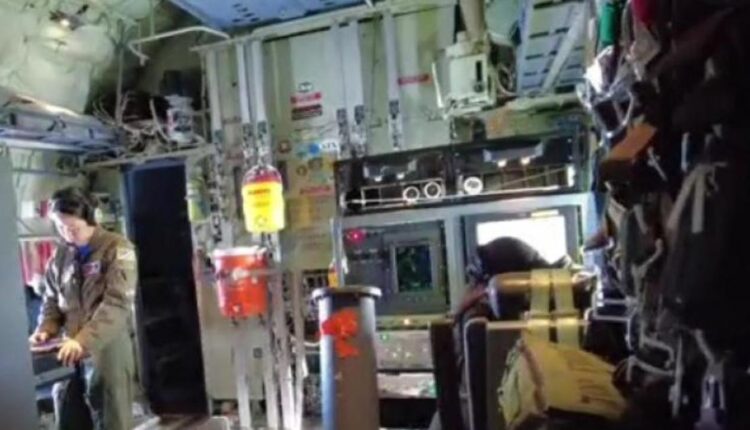 MATHER — A lot goes into ensuring Northern California is ready for the atmospheric rivers headed to the Sacramento region, and that’s why Air Force reservists are flying missions out of Mather Airport.

They got a look at this weekend’s storm before we even started feeling the rain. The mission for these so-called Hurricane Hunters starts because once the engines roar, it’s an 8 to 10-hour race through the sky.

Pilot Major Forrest Heintz showed their target area as our crew had full access to one of their latest missions over the Pacific.

“All these little red dots, white with the red in the middle, those are the areas where we’re going to drop the dropsondes,” said Maj. Heintz.

It’s a 2900-mile radius over the Pacific in the Air Force Reserve’s massive WC-130J as they hunt down rough and volatile storms aiming for the Sacramento region.

The critical part of the mission is what’s called a dropsonde. It’s the instrument that is dropped out of the plane. It goes directly into the storm and can collect the data that can tell meteorologists how strong a storm will be and even how long it will last.

Flight meteorologist Joyce Hirai ensures that data immediately gets to meteorologists on the ground for the most accurate forecasting. She’s tracking as they strategically drop each instrument in a particular area at a specific time.

“It’s really exciting,” said Maj Hirai. “I was reading these forecasts to the aviators, and now I’m part of the aircrew. It’s kind of cool to actually be in the weather.”

It’s also personal for Maj. She still has family in the Santa Cruz area.

“It is a personal mission for me. This is my 3rd season doing this, and this is probably the worst I’ve seen it,” she said.

The Hurricane Hunters don’t hesitate on their missions high in the sky, knowing they’re critical for communities 30,000 feet below.

Beyond providing more accurate forecasting, researchers at Scripps Institution of Oceanography use the data in their research to predict atmospheric rivers, so we know how much rain they’ll bring. That helps engineers monitor our reservoirs, including Folsom Lake and Lake Mendocino, to gauge when to release water.

Marlee Ginter is an Emmy Award-winning investigative journalist. She joined CBS13 in January 2020 from WOOD TV8 in Grand Rapids. Prior to that she worked at KOMO TV in Seattle, Washington; WISH TV in Indianapolis, Indiana; WSPA TV in Spartanburg, South Carolina; and WTOC TV in Savannah, Georgia.