“I mean, I don’t think Stockton could score like me” – Jamal Murray’s response to coach’s comparison of Nuggets duo to Malone-Stockton – Basketball Network 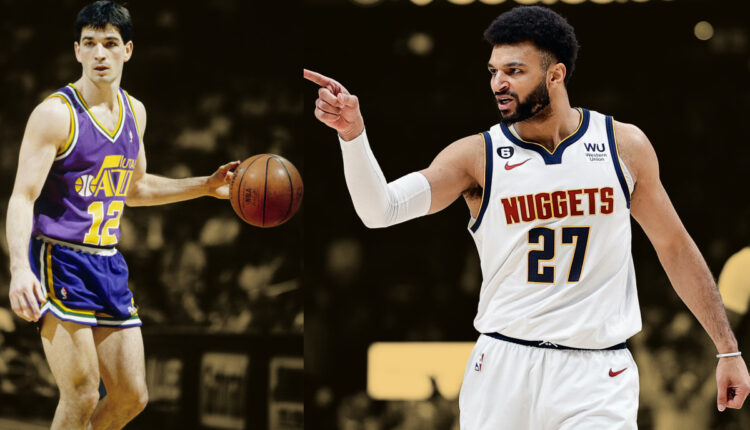 While Nikola Jokic is the indisputable star of the Denver Nuggets, he still needs a running mate to advance far in the playoffs every season. Well, he does have one in high-scoring guard Jamal Murray. When healthy, they form one of the most formidable one-two punches in the association. Nuggets assistant coach David Adelman even thinks the duo evokes memories of the Karl Malone and John Stockton combo, to which Murray had a response.

“I mean, I don’t think Stockton could score like me,” Murray said with a grin after being told of Adelman’s pronouncement.

The Jokic-Murray and Malone-Stockton pairings are different regarding skill sets and achievements, among other factors. Even so, they have the potential to etch their names in history books like the Utah Jazz’ legendary tandem. And watching Jokic and Murray can indeed remind people of how Malone and Stockton dominated the competition in the early 1990s.

Even if Murray didn’t share the same opinion as his coach, the 25-year-old could learn a thing or two from Stockton.

Let’s get it straight: comparing the two players is like apples and oranges. Of course, it’s unlikely that Murray can reach the Hall of Famer’s class in playmaking and defending. And as the University of Kentucky product alluded to, he’s the much better scorer. But Stockton was able to accomplish his role to a tee and elevate his teammates’ games. If Murray can similarly impact his squad, Denver’s ceiling will rise even more.

One of the knocks on the Malone-Stockton partnership was their lack of a title. They went to two NBA Finals but met a Michael Jordan-sized obstacle both times. That is where Jokic and Murray can one-up the Jazz stars, although that is easier said than done.

So, the Nuggets duo has a more creative name.

It remains to be seen how far Denver will go with Jokic and Murray as the team’s leaders and best players. In the three seasons before the last campaign, which Murray missed, the Nuggets made it to the Western Conference semifinals each time. They also advanced to the conference finals in the 2019-20 season.

Pacing the conference this time, the Mile High City crew has a legitimate chance of representing the West in the Finals several months from now.

Latino Teens Are Deputized as Health Educators to Sway the Unvaccinated