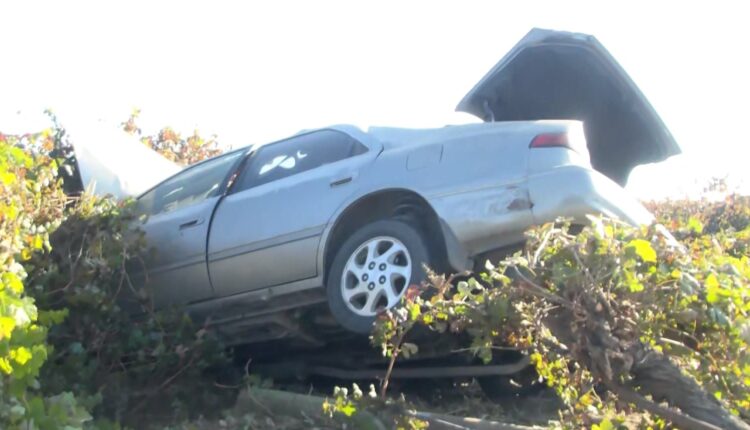 FRESNO COUNTY, Calif. (KSEE/KGPE) – The two people killed in a crash involving a big rig and a sedan Monday morning in Fresno County have been identified by the Fresno County Coroner’s Office.

Officials say the victims were Gerardo Garcia, 28, of Caruthers (who was the driver of the car) and Rafael Hernandez, 68, of Fresno (who was a passenger in the big rig).

CHP officers say the crash happened around 7:00 am at Kamm and Jameson Avenues west of Caruthers. A big rig was going north on Jameson Avenue and failed to stop at the posted stop sign and a car going east on Kamm Avenue was hit – sending the car around 400 feet and killing the driver.

CHP says both men in the big rig were not wearing seatbelts.