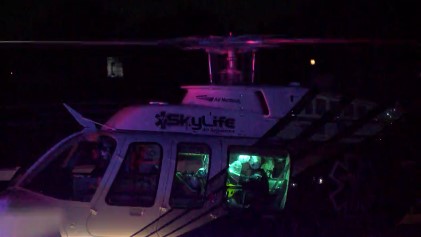 CLOVIS, Calif. (KSEE/KGPE) – The woman killed after being hit by a vehicle at Herndon and Del Rey avenues in Fresno County – east of Clovis – on Wednesday was identified by the Fresno County Coroner’s Office.

Officials say 81-year-old Mary Phister of Clovis was hit by a car on Wednesday at around 5:30 pm

When officers arrived at the scene, they learned Phister walked directly into the path of the car and she was wearing dark clothes. According to officials, Phister was critically injured and was airlifted to the hospital. She was pronounced dead Thursday morning.

The driver was not injured and was not believed to be under the influence, according to the CHP.