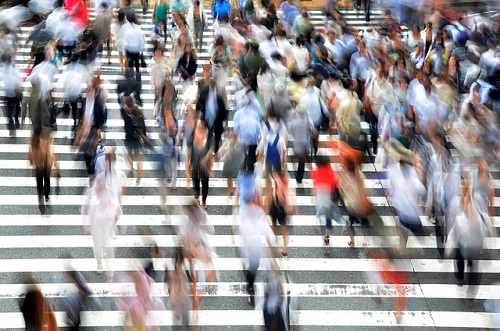 The City of Modesto is actively pursuing traffic safety initiatives primarily through the passage of Measure H, a 1 percent sales tax increase Approved by voters in November 2020. This new tax goes into effect on April 1, 2023, and is projected to generate $39 million annually. These funds will be used to support public safety measures such as safer and cleaner parks, reduction of blight and faster 911 response times. Additionally, the funds are expected to provide enhanced enforcement measures to lower traffic deaths and injuries. The City Council will begin discussing the allocation of Measure H funds in the coming months, with respective department heads presenting proposals for consideration.

Chief of Police Brandon Gillespie has proposed the reinstatement of red-light cameras at high-collision intersections as another of the safety initiatives to assist in lowering injuries and traffic deaths. The Modesto City Council will have to vote to approve the use of these cameras, which last featured in the city more than eight years ago due to concerns over police department staffing, cost and other traffic concerns. In addition to these efforts, Gillespie has reinstated the vacant position of DUI officer this summer with a patrolman being assigned to the job. The DUI officer is on the job during evenings and patrols in areas where impaired drivers might be located. Within the next year, Gillespie expects that a second patrol officer will be assigned to full-time duties to the DUI detail.

Warrants Being Issued to Impound Sideshow and Street Racing Cars

Chief Gillespie stated that this year, the department’s traffic safety unit has begun issuing warrants to impound cars of those suspected of street racing and side shows. The vehicles are kept for a period of 30 days, and the drivers must pay both storage and impound fees in order to claim their cars. He noted that warrants are written by officers and reviewed and signed by a judge. Chief Gillespie remarked that sadly, two traffic deaths in Modesto occurred due to street racing this year, with two warrants issued as well.

Additionally, the unit for traffic safety has employed grant money from the Office of Traffic Safety (OTS) to conduct four operations for pedestrians during the year to lower traffic deaths. During these safety initiatives, an officer in plain clothes or other type of decoy begins crossing the street, and drivers who fail to stop are then ticketed. Notably, more than 70 drivers have been cited through these operations. There were 20 people killed in fatal crashes this year, including seven pedestrians and four bicyclists, according to Modesto police.

Pedestrians, bicyclists, and motorcyclists should also obey the rules of the road, as well as drivers, according to Gillespie. In addition to wearing bright clothing and crossing the street at crosswalks as safety initiatives, they should also wear reflective clothing at night.

Filling these vacancies is critical to achieving Chief Gillespie’s goal of reducing traffic deaths; currently, there are 75 patrol officers and he hopes to increase this number to 85, with 90 as an ideal target. To make this happen, Gillespie said that once the department hits its target numbers, they can look into recruiting more officers for the Traffic Safety Unit and potentially a second DUI officer. An encouraging sign is that the department has made steady progress in filling the vacancies over the summer. With Measure H’s passage, they can now offer competitive compensation, open up more opportunities for employees and provide prospective workers with an assurance of financial stability.

I am EdSmitha Modesto personal injury lawyer. Medical expenses, lost wages, and pain and suffering can add up to a lot of money if you are injured in a traffic collision. Compensation might be available to you if negligence was the cause. We can help you determine if you have a claim with free and friendly advice from our accident attorneys at (209) 227-1931 or (800) 404-5400 and what damages might be recoverable. It is also possible to contact us on-line.

the injury lawyers at AutoAccident.com have helped many injured people receive compensation. Below are some examples:

It is a great honor for us to be part of the Million Dollar Advocates other Top 1 percent.