John Stockton Remembered As Rookie That Larry Bird Walked By Bench And Warned The Jazz That He’d Score 43 Points: “He Came Out And Scored 43 Points By The 3rd Quarter And Checked Himself Out.” 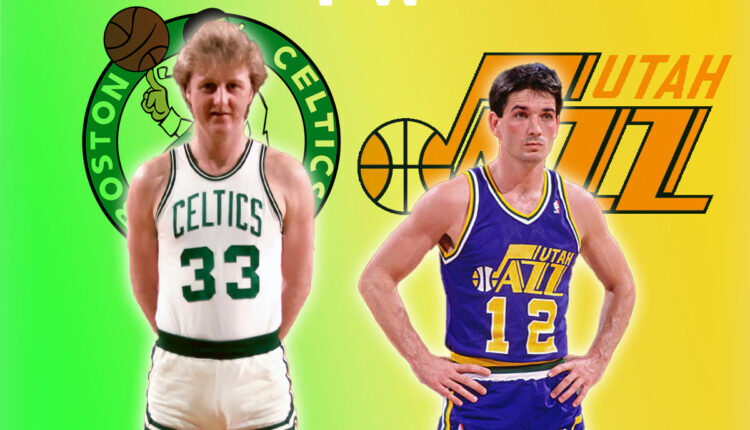 Many stories perfectly describe how great Larry Bird was. The Boston Celtics legend was a fierce competitor that didn’t hesitate to call out people and destroy them on the court to assert his dominance. Bird was always ready to put up a show to bring his rivals down while giving fans what they wanted to see.

We already know how passionate he was about basketball and how serious he was about winning. Larry was very confident in his talents and he predicted how things would go before they happened. Besides predicting that he would win contests, Larry also often dared to say how many points he would score before a game, and reached that exact number too.

When another legend was starting his NBA career, he saw firsthand how great Larry was and how serious he was about fulfilling his promises. John Stockton saw Larry Legend doing his thing at a young age, which is something he’ll never forget.

Back in 2018, during an appearance on the Dan Patrick Show, the Utah Jazz legend talked about his favorite Larry Bird story of all time, and he didn’t hesitate in choosing one that he lived during his first campaign in the association.

“I remember as a rookie Larry Bird walked by our bench and said, ‘I feel like 43 tonight.’ Then he came out and scored 43 points by the 3rd quarter and checked himself out.”

That’s how incredible Larry was. He just said a number, went for it and then left the game. He had that dog in him, and even though he didn’t look like the fierce competitor he was, Larry always proved to people why they should have never messed up with him.

He once was close to recording a quadruple double and checked himself out because he had ‘done enough damage’, so you know this guy was very different. This happened nearly 40 years ago and is still unbelievable. Stockton never forgot that moment and it’s easy to see why.

Inside the Litigation to Crush Donald Trump

Mother sentenced for grooming daughter to be boyfriend’s ‘third wife’