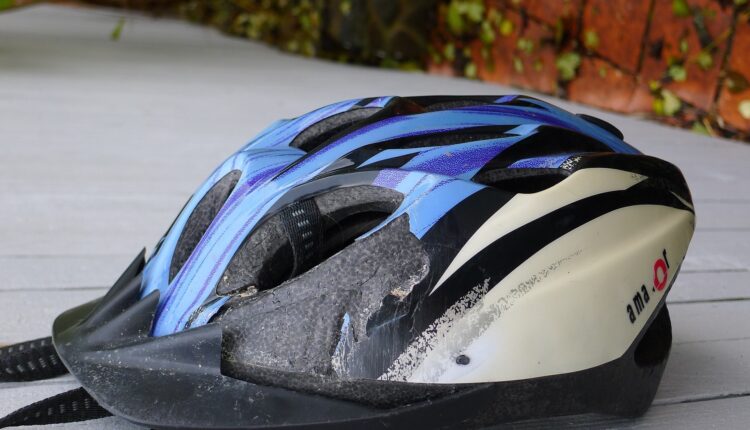 This is the cost of traffic violence.

The longtime wine director for famed Berkeley restaurant Chez Panisse was killed while riding his bike over the weekend.

Jonathan Waters was struck by a minivan driver Friday night, as he was riding home from the restaurant where he’d worked for 32 years. He died in an Oakland hospital the next day.

An authority on local wines, Waters was credited with raising the reputation of several small California wineries.

Photo by WikimediaImages from Pixabay.

A Fresno hit-and-run driver ran down four bicyclists Saturday morning, crossing the road to strike them head-on in what the victims say was a deliberate attack.

They report the driver looked right at them as he mowed them down one by one as they rode single file on the right side of the road.

Fortunately, they all managed to escape serious injury.

Let’s hope prosecutors take this one seriously, instead of treating it like just another oopsie.

Mark your calendar for the annual COLT ride — Chatsworth Orange Line Tour — on the 12th.

reminder! Please join a meeting tomorrow for a branch of the Coyote Creek Bikeway that would extend into Buena Park, near Beach and Malvern. This complex project would open up a large area that has no bicycling infrastructure. Ask about La Mirada Blvd! @bikinginla @BuenaParkCA pic.twitter.com/yhUHZp6uKW

As of yesterday, PCH will be narrowed to one lane in each direction for construction work to replace the 96-year old Trancas Creek Bridge; the new bridge will have bike lanes, pedestrian lanes and 10-foot shoulders, as well as a six-food median. Unfortunately, it will also have capacious 12-foot traffic lanes to encourage speeding.

Pasadena capped off Bike Month with an 8.5-mile ice cream tour of the city.

Encinitas has received a $20 million loan to finance the final phase of a new streetscape on the North Coast Highway in Leucadia, which will include new bike lanes and wider sidewalks.

A San Diego cultural nonprofit is fighting proposals to remove a small amount of parking to make room for bike lanes in Balboa Park, even though it would still leave over 6,700 parking spaces in the park.

Someone riding a motorized unicycle was killed in a collision with the driver of a recycling truck in San Francisco’s Hayes Valley neighborhood; initial reports indicated the victim was on an ebike.

Streetsblog examines the difficulty in trying to visit our car-centric national parks without one.

Two years after she was paralyzed from the neck down in a car crash, a former North Dakota surgeon will ride again, thanks to a new three-wheeled, e-assist adaptive recumbent.

A University of Maryland professor calls traffic deaths and injuries a silent epidemic on wheels, with Americans are three times more likely to die in a collision than their European counterparts.

A Miami man blames the raised armadillo barriers on a protected bike lane with causing the e-scooter crash that left him with a badly broken leg.

Police in Ontario, Canada have charged a fourth person in the death of a 59-year old man who was killed when his bike was struck by the driver of a stolen car.

A group of Canadian researchers consider whether bicycles can help the world address pressing social issues, concluding that despite their potential, bikes can’t do it on their own.

Edinburgh bike riders say they remain at risk from the city’s tram lines, five years after a young woman was killed when she was struck by the driver of a minibus after catching her tire in the tracks.

Bike thefts continue to fall in England and Wales, dropping for the fifth straight year despite a jump in ridership; an insurance company credits less commuting due to the pandemic for the most recent drop.

A speeding, road raging driver got a well-deserved seven years and nine months behind bars for killing a British father of two by ramming his bike from behind at 70 mph; the other driver got eight years for racing away and leaving the victim to die in the street.

The English author of The Slow Road to Tehran: A Revelatory Bike Ride through Europe and the Middle East tells Cycling Weekly she never thought the nearly 7,000 solo bike trip was dangerous, even if others did.

A New Zealand woman faces a charge of careless driving causing death for dooring a 19-year old man riding a bicycle, who was knocked in front of another driver and killed. Proof that it’s possible to charge a driver for dooring, even where it’s not explicitly prohibited.

Cyclist sums up the recent Giro d’Italia as a redemption cycle, saying virtually every stage saw some sort of comeback, second chances and revenge rides.

Scottish track cyclist and Olympic Madison champ Katie Archibald was injured when a driver cut her off at a T-intersection while on a training ride, sending her flying over the car’s hood; she escaped with ligament damage to both ankles.

CyclingTips takes a deep dive into why speeds continue to rise on the men’s WorldTour, concluding it’s probably better tech and techniques, rather than a return to doping.

Turn your old bike into your new e-bike. Your next ebike may not look like one.

And Bike Month may be over, but tomorrow is World Bicycle Day.

Be safe and stay healthy. And get vaccinated, already.

Oh, and fuck Putin, too.