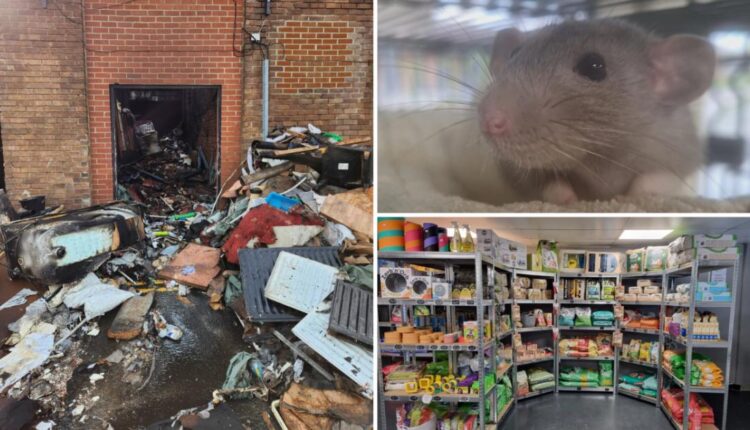 The owners of a pet shop have told of their devastation after their shop was destroyed by smoke damage when a fire broke out next door.

The Medusas Pet Shop in Hardwick, Stockton, has been ‘devastated’ by the fire which started on Sunday (September 4), just weeks after it opened.

Now the owners have told how they’ve “lost everything” in the blaze after quitting their jobs to set up the new business.

“All of the stock is all fire damaged, none of it is saleable. We’re going to have to start again.

“We had to evacuate the shop and try to carry the animals out to safety.

“We only opened six weeks ago, and everything had been absolutely brilliant until yesterday, we’d been doing really well and we were even talking about expanding.

“We haven’t even gone through and worked out how much damage has been done yet but we’ve lost everything.

“This is our first ever business and we were hoping it was going to be a massive success and we’ve put all our money into it. It’s devastating.

“I don’t even know what to say or what to do at this point.”

A GoFundMe fundraiser has now been set up by Helen McCluskey, a customer at the shop, to raise money to help them reopen.

The shop opened in July. Picture: THE NORTHERN ECHO

Posting an update on the fundraised Helen said: “Let’s fight to get them back on their feet as they don’t deserve this when they have worked so hard to make a lovely business.”

Yesterday shops and flats at High Newham Court were evacuated after a blaze broke out in a storage building to the rear of the property, next door to the pet shop.

Cleveland Fire Brigade received a call around 12:45pm alerting them to the fire and five fire engines attended the scene.

Fire crews were still on the scene until later in the afternoon while they dealt with smoke in the flats above.

All of the animals in the shop at the time were taken for safety.

The D&S has contacted Cleveland Police for a comment.

Fresno, CA – Police say a woman died in a car crash in Fresno