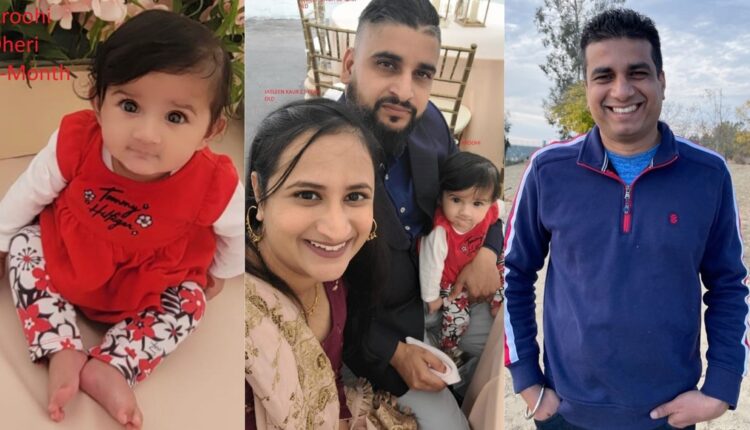 “There isn’t much we can do to take away from the pain, but what I know is that our community is with the Dheri family,” said Jasmin Boparai, Sikh community member

SACRAMENTO, Calif. — Members of the Sacramento Sikh community, elected officials and other community members gathered on the west steps of the state Capitol Monday to mourn the victims of a terrifying kidnapping and killing in Merced.

It came on the same day that suspect Jesus Salgado was charged in the kidnapping and killings of the 8-month-old baby, her parents and uncle.

“I think of the family and the trauma of losing so many family members,” said Jasmin Boparai, a member of the Sikh community.

“There isn’t much we can do to take away from that pain, but what I do know is that our community is with the Dehri family,” Boparai said.

“I hope you feel the outpouring of love and support tonight,” said Sacramento Mayor Darrell Steinberg, one of many local elected officials who came to lend their support.

“The Sikh community is grieving a lot at the moment. It’s such a toiling time for us,” said Gusharanjit Singh, who passed out candles to those gathering at the Capitol. “We want to make sure we remember them.”

Jasjit Singh said he recognized people at Monday night’s vigil from the last time someone in the Sikh community was killed.

“This happens too much. Not just to our community but in general,” Singh said. “There is so much hate, anger, and violence in this world that we are at a point where we are just hosting vigil after vigil.”

Safe trick-or-treating to be offered in Stockton this Halloween