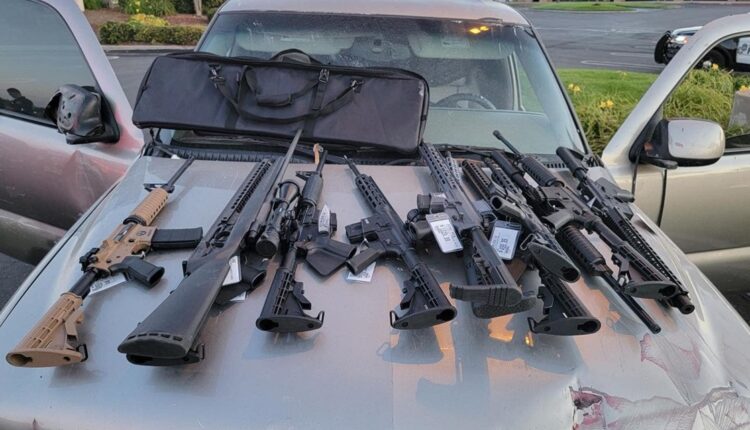 Neither the officers nor the suspect was injured during the Sunday morning traffic stop in Modesto.

MODESTO, California — A suspect suspected of breaking into an outdoorsman store in Modesto and stealing several firearms and hundreds of rounds of ammunition has been arrested, officials with the Modesto Police Department say.

At 4:34 am Sunday, officers say they responded to the Turner’s Outdoorsman location on Parkway Plaza in Modesto after reports came in indicating that someone had broken into the store.

The suspect was arrested shortly after crashing, police say. No injuries were reported.

Outstanding teamwork by our patrol units this morning! This morning at 0434 hours, Officer’s responded to the Turner’s…

Multiple firearms and hundreds of rounds of ammunition were recovered during the traffic stop which officers determined belonged to Turner’s Outdoorsman.

Police say the suspect was taken into custody and will be booked into jail on multiple charges.