Mojave one step closer to getting inland port 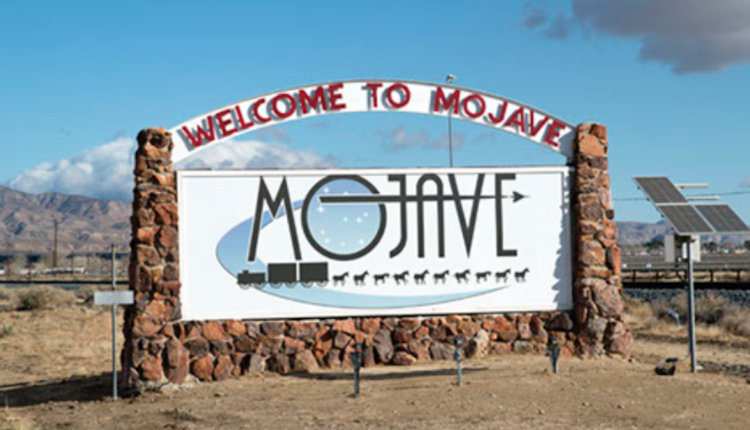 Mojave is one step closer to getting an inland port. | Mojave Chamber of Commerce

Mojave is well on its way to becoming the site of California’s first inland dry port after the Kern County Board of Supervisors OK’d its designation Aug. 9.

The supervisors unanimously voted to designate a privately owned 410-acre site at the southeast corner of state highways 14 and 58 as the Mojave Inland Port.

It will be the only inland dry port fully permitted in California, according to information from the applicants. As a dry port, it will rely on trains rather than ships. Cargo will move from the Port of Los Angeles and the Port of Long Beach via train to Mojave, where it will be distributed onto trucks for transport to their final destinations.

The only other port that could be considered inland is the Port of Stockton, which is not a dry port, as cargo ships reach it via the San Joaquin River.

The board’s designation can be seen as an early form of approval for the project as a whole.

The applicant is Pioneer Partners 2000, LLC, who are owners of an approved site plan for drayage for the site, according Planning Director Lorelei Oviatt — who supports the project.

Sources representing the project say it could prove hugely lucrative, handling as many as 3 million containers annually and could ultimately have an economic impact of as much as $500 million per year, as well as bringing 3,000 jobs to the local area, and $73 million annually to Kern County in taxes.

The proposed timetable is for the Mojave Inland Port to break ground in 2023 and be fully operational in 2024.

Pioneer Partners will work with Kern County on building permits as part of the next phase of the process, according to an Aug. 9 press release.

When completed, the port project is intended to ease supply chain congestion and space limitation at the ports of Los Angeles and Long Beach as well as providing much-needed economic growth and diversity to the Mojave region and beyond.

Scrivner said he is excited to have the project in his district.

“I see this as a win-win across the board,” Scrivner said. “This development isn’t just about the movement of goods, it’s about the promise of opportunity.”

Morgan Hill, project representative, spoke to the board. He said Pioneer Partners is a Nevada entity with headquarters in Texas.

“I hope you won’t hold that against us,” he said.

The port location has direct access from state highways and is bisected by the Lone Pine Branch of the Union Pacific Railroad.

Hill gave a look at how the process might ultimately look.

“What if we were able to imagine ourselves as a branch of the ports of LA and Long Beach?” Hill said. “Then the process would be pretty simple. Loaded container ships would come into the berths at LA and Long Beach, and offload canisters onto shuttle trains which would push these canisters 90 miles up the track to Mojave where tractor-trailers would be waiting for them . [Then] immediately offload them off the tractor trailers for their final destination.”

The inland port is not to be confused with the Mojave Air and Space Port (MASP), although the two sites are adjacent to one another and MASP submitted a letter of support for the inland port project.

“We can say when it comes to moving goods, we have four options: rubber tire, rail, air and space. Not many people can say that,” Hill said, referencing the Mojave location in general.

“As California and the United States continue to reel from the current supply chain crisis, it is critical that businesses are able to send and receive goods and products through West Coast ports in a timely and efficient manner. Mojave has been a leader in commercial space breakthroughs and with this proposed inland port that the county is considering, it is well-positioned to be a leader in goods movement to help support our local communities and the broader economy,” he said.

“With the proximity to the Air & Space Port, and Union Pacific’s rails, we hope to build a solid relationship with the Inland Port and to explore more options for intermodal transportation. With the addition of new jobs, significant air quality improvement and reduced road congestion, this is a total win for our community,” Reid said.

The hope is the port project can take advantage of some $1.2 billion in one-time Port and Freight Infrastructure funds from the 2022-2023 state budget through the California State Transportation Agency. The program is intended to help ease supply chain congestion.

“Backlogs at the seaports causing disruption to the supply chain is an issue that impacts every Californian. The Mojave Inland Port hopes to not only relieve congestion at the seaports but also has the potential to provide economic benefits, especially to our agriculture producers. This project is going to provide several benefits for the local community including new jobs, exporting agriculture products more efficiently and keeping the supply chain moving for consumers,” Sen. Shannon Grove said.

Life sentence looming for burglary, chase suspect who fell from Save Mart ceiling in Fresno