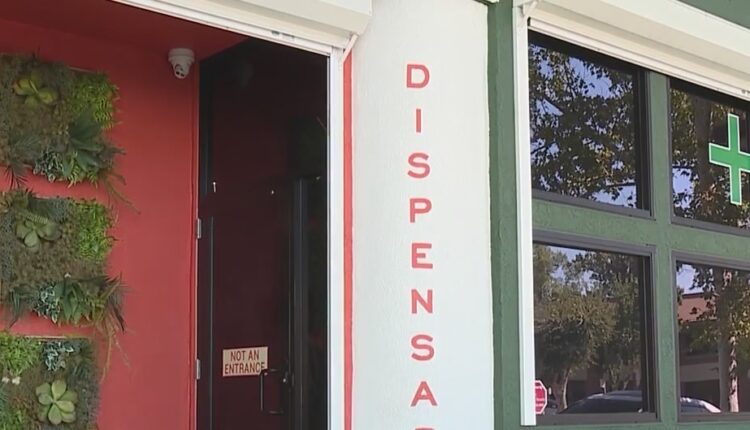 The state does allow for limited on-site consumption with permits and city approvals, and until now, the city of Sacramento has not adopted a policy of its own.

It took decades for Californians to be able to walk into a store, buy cannabis legally, go home and consume it. Now, the city is trying to figure out the rules and regulations to allow people to consume their marijuana inside a place of business.

Some cities across the state and the country are offering licenses for lounges where people can consume cannabis safely and legally. Sacramento is trying to make it work in the city.

The number of catalytic converter thefts in California rose more than ten times in three years, according to Carfax

“Not everybody has the luxury of using cannabis in their home. And some people might be away from their homes. They might be at the Golden 1 Center or they might be at a hotel visiting, and our consumption lounge will give these people the freedom to actually go into a safe space to actually legally consume,” Isaac Altamirano, local cannabis expert said.

Sacramento’s law and legislation committee brought in other city leaders where on-site consumption is currently permitted, like San Francisco, West Hollywood and Palm Springs, to find out how this can work in Sacramento.

“We really see these lounges as a place that someone is going to go, enjoy themself, have a meal, maybe see some entertainment, much like the bars and restaurants in our city,” John Leonard, from West Hollywood, said.

The city is considering expanding consuming cannabis at public storefront lounges, but it’s also considering other avenues like events at parks, restaurants, and even massage parlors.

“I think consumption just gives an opportunity for patients to meet congregate, absorb the cultural aspect of the industry, learn and educate what works for them, what doesn’t work for them,” Richard Miller, with the California Americans for Safe Access Cannabis Committee, said.

But there are still concerns regarding regulations, such as hours of operation, the smell, and possibly signing a waiver at the door.

“I really want to lift up what Mr. Hooks said about waivers on site. And we have a lot of discussion about this because they’re obviously going to be checking IDs when folks walk in the doors. And this is a good opportunity: both to educate consumers on the expectations when they’re on the premises as well as to get them to sign their commitment that they understand that there’s going to be limitations and what they need to do to be responsible, Council member Katie Valenzuela said.

The committee also raised concerns of public safety, regarding overconsumption and driving while high.

“It’s very individual for each person. And without a sobriety test, it places the onus on the owner of the business to just make an empirical decision about whether somebody is looking too intoxicated,” Councilmember Jeff Harris said.

While the concerns remain, people in the industry are eager to get the chance to get things going.

Councilmember Valenzuela tweeted after the meeting about being excited to have the discussion to implement this safely in Sacramento. The committee hopes to get some framework back for these ideas in the next 45 days.

Mojave one step closer to getting inland port