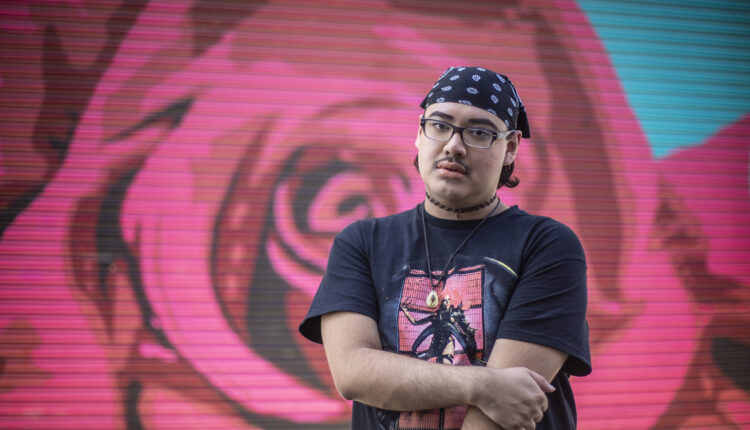 While monkeypox vaccines are targeted to the state’s largest cities, where case numbers are highest, other communities are struggling to respond. In the Central Valley, public health officials are waiting for resources and trying to get information to residents seeking help.

Just before midnight on a recent Tuesday, Luna Lockhart, 25, jumped in the car with her roommate and drove three-and-a-half hours from Fresno to San Francisco.

Their destination: Zuckerberg San Francisco General Hospital, where more than 400 people were already waiting in line to get a monkeypox vaccine.

“They aren’t giving out monkeypox vaccines in Fresno,” Lockhart told CalMatters at the time. “We just decided to be proactive.”

The monkeypox outbreak has disproportionately impacted gay and bisexual men as well as transgender individuals, fueling comparison to the early days of the HIV/AIDS epidemic and calls for a stronger public health response. The state prioritized sparse resources, including the monkeypox vaccine, for counties with the greatest number of cases — Los Angeles, San Francisco, Alameda, and San Diego. But queer advocates in the Central Valley say when it comes to allocating monkeypox resources, they feel abandoned by state public health officials.

San Francisco has more doses per capita than any other county in the state. It has 27 per 1,000 residents compared to 4 in Los Angeles and 1 across all 19 Central Valley counties.

“Unfortunately, a lot of the resources do go to San Francisco and Los Angeles…We need to remember that there are LGBTQ people in every part of the state,” said Tracy City Councilmember Dan Tavares Arriola, the city’s first openly LGBTQ elected official.

Arriola testified last week during a special state Senate committee hearing on monkeypox. He told CalMatters he has spoken to numerous queer people in the Central Valley who, like Lockhart, have driven hours to get a vaccine.

“It’s frustrating because the Central Valley always gets left behind,” Arriola said. He contracted monkeypox in late July and spent days trying to get treatment and a vaccine for his partner.

When Lockhart drove to San Francisco to get vaccinated, Fresno County, with 1 million residents, had only 20 vaccines to distribute. As a two-dose shot, that meant that only 10 people could be fully vaccinated. At the time, statewide there were fewer than 650 cases of monkeypox, but the outbreak has since ballooned to nearly 2,000 cases—a nearly threefold increase in the past two-and-a-half weeks. State Sen. Scott Wiener, a San Francisco Democrat and chair of the Senate Select Committee on Monkeypox, compared getting a vaccine appointment to “The Hunger Games,” with lines stretching around the block.

“It’s frustrating because the Central Valley always gets left behind,”

For people who don’t have the time, transportation or money to drive to another county, not being able to get a vaccine locally is “a very big problem,” said Walter Hewitt, a Fresno resident.

Hewitt, 23, has been trying to get a vaccine for weeks. He’s queer, which puts him in a higher-risk category, but he also works at a gym and is afraid he’ll get infected from touching contaminated equipment. Monkeypox is not a sexually transmitted disease and can be passed along by touching contaminated objects.

“It’s something that needs to be available for everyone,” Hewitt said.”Everyone should have a choice just like they did with the COVID vaccine to protect themselves.”

Sixteen days after Fresno County confirmed its first monkeypox case and 10 weeks after California reported its first case, Jennifer Cruz, executive director of the Fresno Economic Opportunities Commission LGBTQ+ Resource Center, said she had not gotten any information from the county health department about vaccinations or where to direct people with questions. Britni Lloyd, executive director at the MoPRIDE Center in Stanislaus County, said she receives calls about monkeypox every day. The county health department plans to open a vaccine clinic at the MoPRIDE Center, but it hasn’t happened yet. Lloyd has started making her own waiting list of people to call once it does.

“Our health services agency seems anxious to get (vaccine) services rolling in our county, but there’s a lot of red tape,” Lloyd said, which was a common complaint from local officials during the Senate oversight hearing on monkeypox.

At a media briefing at the end of July, Fresno health officials said they were planning community meetings to get information about monkeypox to those who need it. Officials did not respond to a CalMatters request for information about vaccine clinics.

As of Aug. 11, Fresno and Stanislaus counties each had seven cases, according to state data.

Slowly, the Central Valley has gotten more vaccines as the federal government distributes supplies to each state. Fresno County’s vaccine allocation increased to 430 while Stanislaus’ increased to 282. Kern County, which also had seven cases as of Aug. 11 but received more than 800 initial doses, administered 200 at a recent vaccine site.

Still, the vaccine rollout has been slow and resources have been slim compared to urban areas. The California Department of Public Health has prioritized distribution of the extremely scarce vaccine primarily based on the number of cases in each county, which some say overlooks how much people travel throughout the state.

Case in point: Lockhart’s roommate has a boyfriend in San Francisco and travels back and forth frequently.

Tracy City Councilmember Arriola said most people in his city work in the Bay Area, where the infection is prevalent, but San Joaquin County initially received only 10 vaccines.

“That’s 86,000 people just in the city of Tracy who are in the Bay Area working to make a living and who are having the exact same contact each and every day,” Arriola said. The state has since allocated 712 doses to San Joaquin County as the federal government distributes more supplies.

Los Angeles and San Francisco counties have been the epicenters of the outbreak in California, with 670 and 516 recorded cases respectively. Those counties received tens of thousands of vaccines, setting up mass vaccination clinics in a matter of days — and they’ve also wielded outsized political power.

“Everyone should have a choice just like they did with the COVID vaccine to protect themselves.”

Sen. Wiener is among 10 lawmakers who submitted a $38 million emergency budget request to the state. All except one of those legislators represent districts in the Bay Area or surrounding Los Angeles and San Diego, which has the fourth-highest number of cases. The same is true of a letter sent by lawmakers to the US Health and Human Services Agency requesting aid.

In Los Angeles, Assembly Speaker Anthony Rendon of Lakewood held a press conference with LGBTQ groups calling for more federal support and a stronger response to the monkeypox outbreak. San Francisco was the first local government to declare a state of emergency in response to monkeypox.

And while the efforts of urban activists have certainly helped direct resources to their communities and spurred conversations about stigma against the LGBTQ community, queer people in other places of the state say they need more help.

The day before the state issued stay-at-home orders to suppress the COVID-19 pandemic in March 2020, Cruz said many of the people her LGBTQ center serves hadn’t even heard of the virus and didn’t understand why the center was closing.

“In Fresno, you’re dealing with high poverty, which means people don’t necessarily have access to the news like the rest of us,” Cruz said. “They’re not watching the news on TV. They might have smartphones with poor data. People with free phones with poor data plans don’t spend a lot of their data on news sites.”

Instead, it’s up to community advocates to do the legwork to reach marginalized communities, she said, which is a problem when LGBTQ centers are few and far between.

“It feels like we’re several decades behind other parts of the state,” Arriola said. “And so that’s what’s frustrating about the allocation of resources related to (monkeypox), is that we’re still falling behind.”

State Epidemiologist Dr. Erica Pan said during the Senate hearing that as vaccine supply increases, the state health department will reassess how it’s distributing it. The US Food and Drug Administration recently told states to split each shot of the JYNNEOS monkeypox vaccine into five doses in an effort to stretch inadequate supplies.

Experts say vaccines aren’t the be-all-end-all when it comes to stopping the outbreak. Health workers could contain monkeypox by identifying everyone who has been in close proximity to an infected person and doing precautionary testing and vaccination — a process known as contact tracing — but health departments frequently don’t have sufficient staff to do so.

“We’re still at a point where (contact tracing) would continue to be effective for monkeypox,” said Dr. Jason Andrews, an infectious disease specialist and associate professor at Stanford Health. “But it requires systems and resources that we don’t have in place right now.”

Monkeypox tests and vaccines are in short supply as public health officials grapple with red tape and short supplies. Yet some of the processes put in place in response to COVID-19 have helped.

Health officials are working to confirm California’s first suspected case of monkeypox. Experts say it is not the next COVID-19.