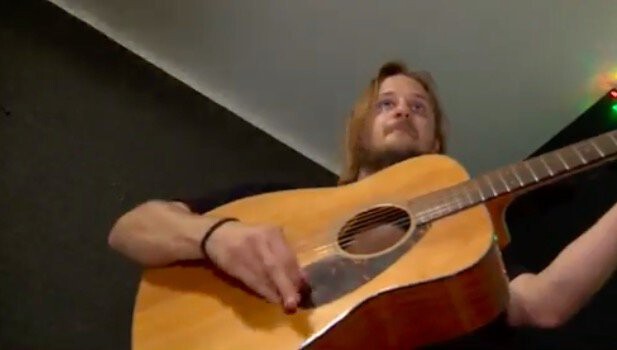 SACRAMENTO, California (KCRA) — The City of Sacramento launched the Sacramento Music Census this week with the goal of helping those in the local music scene.

The census, which was created in partnership with Austin, Texas-based music consultant Sound Music Cities, is open to fill out for anyone in the greater Sacramento area ages 18 and older who is involved in the music industry, including musicians and music venues.

“A big part of this is us making sure that we have the beat on what’s going on in the creative community,” Van Voorhis said. “This can directly impact some of the investments we’re making with the American Rescue Plan Act dollars for the for-profit creative community, so this information can inform that and what we do strategically to help folks grow.”

Mason Durst, lead singer of the Sacramento-based musical act Band of Coyotes, told KCRA 3 that he just filled out the survey online.

After the COVID-19 pandemic put a pause on their performances, Durst said he is thrilled to get more opportunities to play now, but he added that the band is still running into roadblocks at some local venues.

“There are still a few venues that I know are having a harder time getting their licensing permit put together,” Durst said. “There are a few things that are preventing them from having as many live shows, so that’s definitely a struggle. But as a band it just kind of points me to look outside of town a little bit more to find some opportunities that are allowing us to come out and play.”

Durst said something he wants to see in the Sacramento region is more all-day music festivals so Band of Coyotes can perform locally on a frequent basis. He would like to see a “Do-It-Yourself” set up within the music industry with support for the city and also larger vendors.

Venues are also hoping the Sacramento Music Census helps them. Jim Cornett, Owner of Harlow’s, said they are seeing a 20% drop off on all their shows with tickets sold, which means not everyone is coming out to the performances. He also said certain musical acts have been canceling shows.

This year alone, Cornett said there have been more than 20 cancellations. He wants the census to lead to creative solutions that will help his bottom line and create a more vibrant music scene in Sacramento.

“I hope the city sees the clear picture of what this town is and what it can be, and how they can support us through that,” Cornett said. “If they see what comes out of this census, they’ll have a better chance to help us grow and help the smaller venues get up to where they need to be.”

Crest Theater assistant general manager Aaron Pifer-Foote said he hopes the city takes the Sacramento Music Census seriously, and he wants it to address his main concerns, which include more patron parking and space for bands to load and unload their equipment.

“After the paper is filled out, where do we go from here? Is there actually some substantive change that’s going to happen? Or is just going to be shoved in a drawer somewhere?” Pifer-Foote said.

According to the City of Sacramento, the census takes about 10-20 minutes to fill out. Respondents want to remain anonymous. You can take the survey online.

Stockton Serial Killings | Homeless say they have other worries