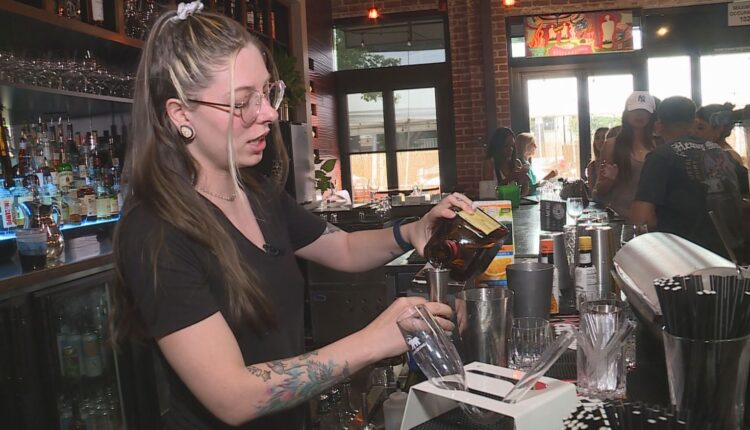 SACRAMENTO (CBS13) — By the end of the summer, all of California’s alcohol servers and their managers are required to complete mandatory training and have a valid Responsible Beverage Service certification from the Department of Alcoholic Beverage Control.

The law that goes into effect on July 1st, gives servers and their managers 60 days meet the requirements under Assembly Bill 1221 and Assembly Bill 82. AB 1221. An alcoholic server is anyone employed at an ABC on-premises licensed establishment who is responsible for checking identifications, taking customer orders, and pouring or delivering alcoholic beverages.

The training can be done online and there are nearly 50 approved training providers and that number is expected to grow, according to ABC spokesperson John Carr.

New hires that meet the criteria would be required to complete the certification within 60 days of their first day on the job.

RBS Training and Certification is a Three-Step process:

As of June 4th, 58,000 people have accessed the RBS portal as part of the certification process. That number is expected to grow as the summer continues, according to Carr.

“We want to make sure people are having a good time, but also that people get home safe. it’s a tough balance,” said Kent Souza, Executive Chef and General Manager of 58 Degrees and Holdings in Midtown Sacramento.

Souza said the training is a positive for new hires just beginning their careers in the restaurant and service industry.

“This is a great opportunity to learn and acknowledge their role as a bartender and a server,” said Souza.

Saturday night behind the bar at 58 Degrees and Holding, Kurra Stenberg, the bartender, made a round of shots ordered by guests.

Stenberg has been a bartender for five months and said the most challenging part of his job is after patrons have had multiple drinks.

“You have to keep track of how many drinks everyone’s had, or what different people’s tolerance level is, if they were drinking before they got here, and like you keep track of that interaction throughout it,” said Stenburg.

She said she builds connections with anyone that sits down at the bar, like she would a table she was serving in a restaurant, because it’s an important piece to safely serve.

“It’s a very human to human interaction and you cater that to where each person is at,” said Stenberg.

The training covers five areas of the effects of alcohol on the body and the community, laws and regulations, intervention, and good management policies.

It takes 3-4 hours of training and 2 hours for the exam, that is open-book and open-note. ABC scores the exams.

ABC spokesperson John Carr told CBS13 ABC will work with businesses through the new requirements and is focused on an education first approach.