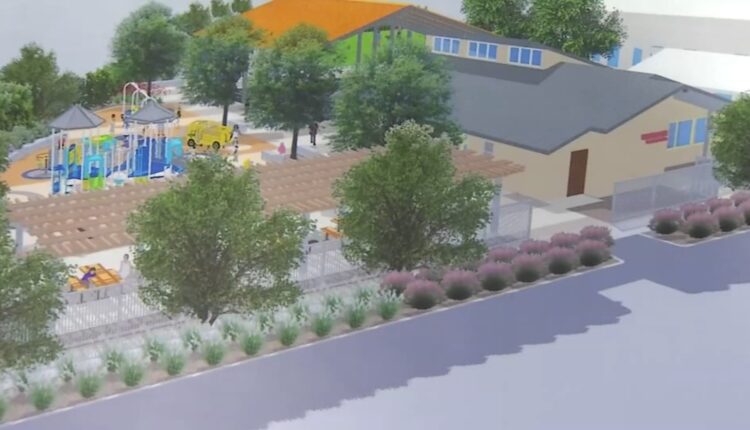 Fresno, Calif. (KFSN) — A new park is underway in central Fresno, but it won’t be just any ordinary park.

Once completed, Webster Park will be equipped with some of the latest technology.

The Martin Park organization started about 30 years ago. The founders, Marty and Joanie Martin had a vision to provide thriving parks for struggling underserved communities.

Webster Park is designed to have a home attached that will overlook park activities.

“This has a family home next to it that a person is going to be an overseer of the park because it’s going to have high-tech lighting and camera system,” said Rodriguez.

Oscar plays a big role in the company, spearheading the project which will be named after the Webster community it serves. Its location on East Tyler Street in Central Fresno will be right next to the home Oscar grew up in.

“The area where the park is at is notorious for the prostitution that is coming from Belmont and for years, we have struggled with that,” added Rodriguez.

Getting to the point of the building has not necessarily been a walk in the park, but with community partnerships and donations, Webster Park is becoming a reality, one piece at a time.

“In our last fiscal year, we granted them $100,000 to purchase a play structure which has already been delivered and is going to be constructed here soon,” said Courtney Shapiro, Director of Community Relations & Marketing, CalViva Health.

The project is currently in the first phase, but organizers are hopeful Webster Park will see visitors and be able to host events in the next couple of months.

“We plan on saturating the 9371 area code with lights and opportunities for our community to see that we can change these generational curses that sometimes we are accustomed to thinking that, that’s all we are going to become,” said Rodriguez.

Once Webster Park is up and running, it is set to feature computer labs, sports, parenting classes and much more.

Jugging: Stockton woman victim of a crime that’s on the rise