Jugging: Stockton woman victim of a crime that’s on the rise 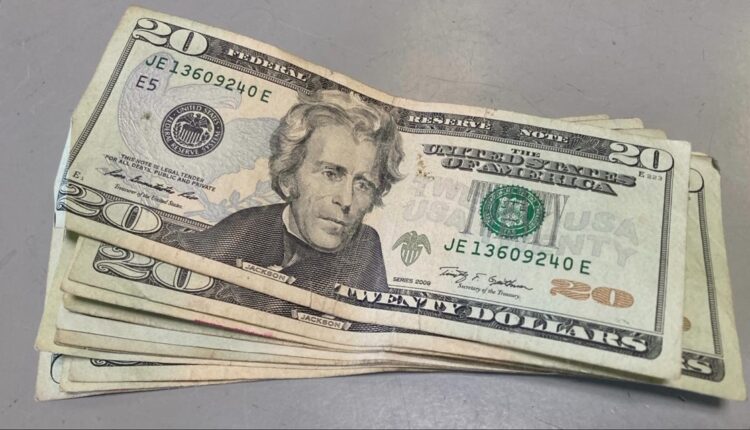 The victim withdrew a large sum of money from inside the bank, and five minutes later she was robbed when she got home

STOCKTON, Calif. — A Stockton woman became the latest victim of a crime called “Jugging.” That’s when someone follows another person to the bank, ATM or store and then robs them.

The victim, who wanted her identity concealed, drove to the North Stockton Wells Fargo Bank branch on Pacific Avenue near Hammer Lane Sept. 13 around 12:30 pm

“I pulled up to go to the bank. I went inside. I stood in line. I was only in line with a couple people and I got to the bank teller. I told her I wanted to make a withdrawal, and I basically turned around and left,” she said.

After withdrawing a large sum of cash, she made the five-minute drive home and parked in her driveway. That’s when the theft happened.

“All of a sudden, I heard tapping on my window, and it was just so quick and the window was being broke out and I started screaming,” she added.

Her purse with her money, ATM card, credit cards and cell phone were taken. Within an hour, over $4,000 in charges were made.

“This is the first one I can remember happening recently. They are relatively rare, but they do happen,” said Nick Goucher, spokesperson for the San Joaquin County Sheriff’s Office.

His office is investigating the case. The Stockton Police Department confirmed Friday they’ve had at least four cases of “jugging” this year.

However, in other cities it’s a crime on the rise. In Austin, Texas, for example, there have been 84 cases since January, according to a report by ABC’s Good Morning America.

So what can you to make sure you aren’t a victim of “jugging”?

Goucher says if you are being followed, do not go home. Drive past your house and drive around the neighborhood. Call 911.

“Dispatchers can connect you with deputies that can direct you where to go to meet up with deputies or you can drive directly to a police station or sheriffs office,” Goucher said.

He said, by all means, don’t put up a fight, and that more importantly, your property is not worth your life.

For the victim, it’s a traumatizing lesson learned, but she wanted to be part of this story so that others can learn from her experience.

“Just be aware that people could be watching you all the time,” she said.

She also believes what happened to her was not random. She believes she was targeted because of the large amount of cash she withdrew and then was coincidentally followed.

The victim was able to recover her purse and cell phone because of tracking devices.

The next day, three people were arrested after using their credit cards again at an East Stockton shopping center.

She has not been able to recover her cash, even though she says, a large amount of cash similar to what she had withdrawn was found with the suspects.

The investigation is still ongoing.

Son jumps in to stop attempted robbery of Stockton jeweler