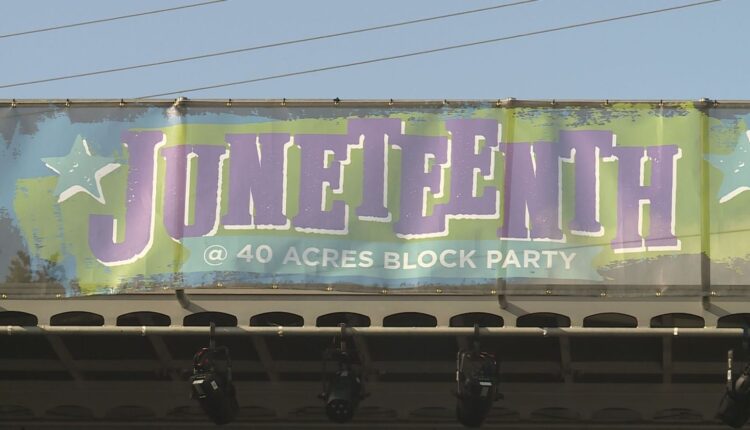 “This is part of the community coming together as one,” said Cassandra Jennings, President and CEO of St. HOPE.

Jennings said it was important to highlight not just equality, but equity. “How do we close the gap? Invest in those left behind and bring them up,” Jennings said.

“It’s part of our freedom, our lives, our culture,” said Amber Byrd, who brought her daughter and extended family to the event.

Last week, Sacramento Police Chief Kathy Lester announced a new plan to combat a rise in violent crime city-wide. In her presentation to the city, she outlined statistics that showed three small geographic areas where violent crime is the highest.

READ MORE: Commercial Fire In Stockton Between Hammertown And Tommydon

“Most violent crime occurs in about seven square miles of our city and it’s concentrated in three geographic areas,” said Chief Lester on Tuesday.

Data showed Del Paso Heights, Oak Park and Meadowview, and Valley Hi accounted for around 45% of gun incidents in 2021. By the numbers, out of 945 incidents of gun violence, 423 were reported between those distinct geographic areas.

Community members at the Juneteenth Block Party were undeterred by the statistics, only hopeful that more events like it would create a positive shift.

“Somebody heard something that they hadn’t heard before that supported where they were going and had them change their course,” said Jennings.

St. HOPE is a group of nonprofits that are focused on the revitalization of Oak Park through education and economic development. St. HOPE runs PS7 Elementary School, PS7 Middle School, and Sacramento Charter High School.