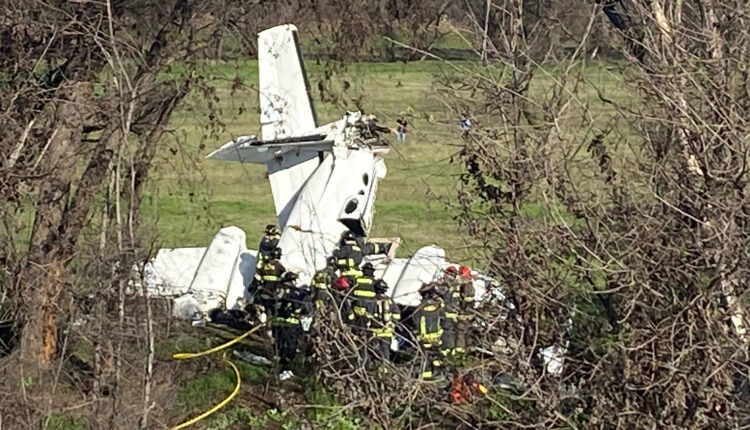 A pilot flying a small aircraft fatally crashed into a field near the Modesto City-County Airport in the Central Valley on Jan. 18.

The pilot’s identity has not been released, and an investigation from the National Transportation Safety Board (NTSB) is underway to determine what caused the Cessna 414 aircraft to crash.

The Stanislaus County Sheriff’s Office was notified of the event around 1:08 pm on Wednesday. Multiple witnesses observed the crash, which occurred about 75 yards from the Mitchell Road bridge that crosses the Tuolumne River.

A spokesperson with the sheriff’s office told SFGATE that witnesses described a similar scenario in which the aircraft was making a turn in an attempt to align with the runway when an error occurred.

Emergency crews located the aircraft near a riparian area next to a field. The male pilot’s body was discovered alone, and he was pronounced deceased at the scene of the crash.

Aviation Safety Network, an online service that provides information on airliner accidents and safety issues, claimed that the Cessna 414 experienced engine problems shortly after takeoff from the Modesto airport and “tried to return to the point of departure when it crashed SE of runway 28R, ” it wrote on Twitter.

The NTSB announced that it is investigating the crash.

“I’ve been with the department for 18 years and have never seen a plane go down around the airport,” said Detective Raj Singh, a spokesperson for the sheriff’s office.