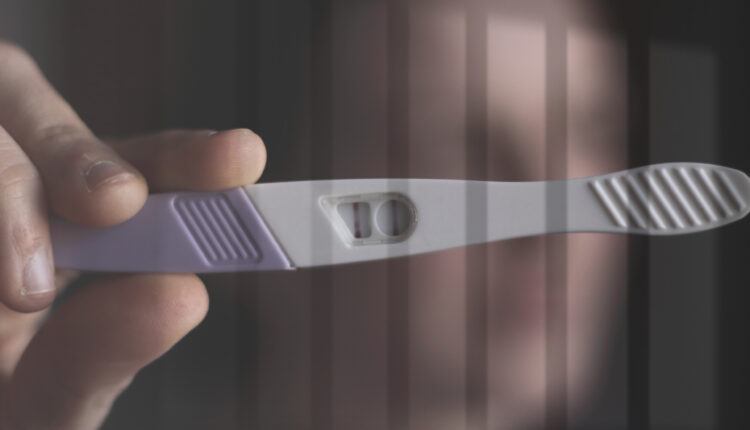 Policies governing abortion and reproductive health care services in U.S. prisons and jails were restrictive and often hostile even before the Supreme Court removed Roe v. Wade’s constitutional protections for abortions. After the June ruling, many reproductive services stand to be prohibited altogether, putting the health of incarcerated women who are pregnant at risk.

That threat is particularly urgent in states where lawmakers have made clear their intentions to roll back abortion rights.

“Previously there was at least some sliver of legal recourse there for an incarcerated person, but that no longer exists for people who live in states where abortion is or will be severely restricted or illegal,” said Dr. Carolyn Sufrin, an OB-GYN, a professor, and the director of the Advocacy and Research on Reproductive Wellness of Incarcerated People program at Johns Hopkins University.

The Northern Rockies and Upper Midwest regions are home to some of the states with the highest rates of incarcerated women in the country. According to 2020 data from the Sentencing Project, Idaho has the highest incarceration rate — 110 women per 100,000 adult female residents — of any state, closely followed by South Dakota, Wyoming, and Montana, whose rates are more than double the national average.

Nationally, women make up an increasingly large share of prison and jail populations. From 1980 to 2020, the number of incarcerated women grew by nearly five times.

The quality of pregnancy care available to the incarcerated population varies greatly, not just by state but among facilities, too. That’s due to a lack of universal standards and a range of approaches by authorities governing jails and prisons, as well as the different health care provided, said Alexa Kolbi-Molinas, deputy director of the ACLU Reproductive Freedom Project. “There is far too little space for accountability, and far too much space for discretion.”

Sufrin co-authored a study published in August 2021 that surveyed pregnancy outcomes across 22 state prison systems, all federal Bureau of Prisons sites, and six county jails. It concluded that only half the state prisons surveyed allowed abortion in the first and second trimesters, and 14% prohibited it entirely.

Other facilities — including some within the federal Bureau of Prisons, which nominally requires access to abortion and appropriate prenatal and postnatal care during pregnancy — often were found to make abortion and maternal health care services practically inaccessible.

Those with written policies had barriers including distance from abortion care providers, delays in treatment until abortion was no longer legal, and requirements for the pregnant person to pay for the cost of the abortion and, sometimes, transportation to and from a clinic, according to academics and advocates. Other facilities didn’t have a formal written policy and instead left the care of an individual up to the discretion of the prison or jail.

Julia Arroyo of Young Women’s Freedom Center, a criminal justice reform advocacy organization, was pregnant while incarcerated. “Reproductive health access is very difficult on the inside,” she said, adding that women are often made to feel as if they are disruptive or difficult simply for seeking treatment.

“When I was pregnant and experiencing jail, I was never once asked what I wanted to do with my pregnancy,” she said.

Sufrin’s research found that prison facilities in states that she characterized as “hostile” to abortion are more likely to make abortion all but impossible to access. Several states — including South Dakota, Wyoming, and Idaho — have already banned most abortions or are in the process of seeking to implement severe restrictions on abortion.

An abortion ban that was set to take effect in Wyoming on July 27 but was temporarily blocked by a judge makes the procedure illegal except in cases of incest or rape or to protect the life of the mother.

Idaho’s trigger ban, which is scheduled to go into effect Aug. 25 but is also being challenged in court, would prohibit abortion after six weeks of pregnancy. It also criminalizes any person who provides such treatment.

Wyoming’s Department of Corrections declined to comment, and Idaho officials did not respond to questions about how their state’s new abortion ban — which is facing challenges in court — would affect incarcerated people. However, experts suspect statewide prohibitions likely would worsen access in prisons and county jails.

In Montana, abortions are protected by a 1999 state Supreme Court ruling that the Montana Constitution’s right-to-privacy provision extends to a person’s medical decisions. Attorney General Austin Knudsen, a Republican, is asking the state’s high court to reverse that ruling, and Republican Gov. Greg Gianforte has said he would consider calling a special session to consider anti-abortion legislation if lawmakers had a plan that would pass court review. The next regular session is in January, and Republican lawmakers say they intend to explore new ways to roll back that protection.

Montana Department of Corrections spokesperson Alexandria Klapmeier said in an email that all facilities “meet the standards of care for inmates as required by law, including for prenatal care, which is at or above the level of care they would receive were they not incarcerated.”

However, Klapmeier declined to comment further on how the Supreme Court’s decision in Dobbs v. Jackson Women’s Health Organization would influence the agency’s abortion policies or offer specifics on treatment and protocols. As recently as 2019, ACLU Montana released a report finding that the state fails to ensure that incarcerated pregnant people have access to routine prenatal care.

Federal Bureau of Prisons facilities must provide access to abortion, as well as other reproductive health care services. However, they are not required to pay for the procedures or the transportation to a clinic, which means many women are priced out of the treatment.

The federal prison system and most states require some form of copayment by inmates for medical services, though California and Illinois reversed their policies, according to the Prison Policy Initiative. Even states without copayment policies can require inmates to pay for medical costs. Montana, for example, says an inmate is responsible for costs associated with preexisting conditions and self-inflicted or certain other injuries.

There are no federal prisons in Montana, Wyoming, or Idaho. The nearest in the region include six in Colorado, two in Oregon, and one in Washington, all states that have laws protecting abortion access. The Bureau of Prisons declined to comment on how Dobbs would affect policies.

Sufrin said she feared a “chilling effect” from the Dobbs decision on essential pregnancy care for prisoners. That includes treatment of miscarriages, which many experts note often mirrors abortion protocols. Doctors and other health care providers have raised concerns that without that treatment, women’s lives could be at risk since medical professionals are nervous about how their actions might violate state abortion prohibitions.

Despite federal law prohibiting the use of shackles for pregnant women giving birth in federal prisons, some states — among them Montana, Wyoming, and Idaho — do not have laws that make that practice illegal, and prison officials have been accused of using restraints on women in the delivery room in the past.

Incarcerated women are often forced to give birth without a companion, and once the baby is born, the child is typically taken away immediately and housed with a family member or, when one isn’t available, put into the foster care system.