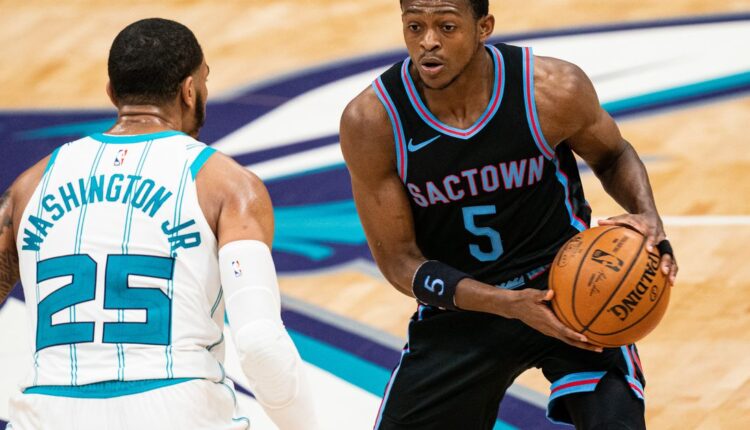 Things could get downright scary this Halloween evening. From a basketball perspective we could be witnessing something as gory and frightening as the Night of the Living Dead. It is the Sacramento Kings, after all.

It seems a witch may have cast a spell on Sacramento 16 years ago as the Kings haven’t made the playoffs since the 2005-2006 season. During that lengthy stretch of disappointment they have won less than 40% of their games 10 times. This year’s squad doesn’t seem to be the one that will break the postseason curse.

The Hornets are coming off a thrilling overtime win against the Golden State Warriors and look to ride that momentum against the Kings.

De’Aaron Fox, the Kings speedy point guard, has averaged over 20 points in each of the last three seasons and this year he’s putting up 27.8 points and 5.6 assists per game. Shooting guard Kevin Huerter (16.8 PPG) has been on fire from deep this year hitting 54.1% of his 3s while forward Harrison Barnes has started slow. Rookie power forward Keegan Murray (18.8 PPG, 4.0 RPG), the No. 4 pick in this year’s draft has been solid. Center Domantas Sabonis (14.4 PPG, 9.2 RPG, 5.6 APG), a two-time All-Star, continues to be one of the best rebounding and passing big men in the league.

The Kings bench has been bad this year. Point guard Davion Mitchell and our old friend shooting guard Malik Monk have struggled with their shooting. Wing Terence Davis has been fine while center Richuan Holmes hasn’t moved the needle.

How the Hornets can win

This could be a trick-or-treat type game for the Hornets. (C’mon, you know I’m contractually obligated to go there, right?)

The “trick” could come if the Hornets look past the Kings with three tough upcoming games against the Chicago Bulls, Memphis Grizzlies, and Brooklyn Nets on the horizon. Charlotte needs to keep Fox out of the paint and at least somewhat contain Sabonis on the boards. Injuries may also be a factor with LaMelo Ball, Terry Rozier, and Cody Martin all recently missing time. Their status for tonight’s game wasn’t known as of this publishing.

This game should be a “treat” though. Nick Richards and Dennis Smith Jr. have really bolstered the Hornets this year and have played key roles in the team playing .500 ball while awaiting LaMelo’s return.

Open Enrollment for Marketplace Health Plans Is Soon. Here’s What You Need to Know.